WE’VE GOT A CONVOY! Convoy of Hope organization delivers supplies to flood victims 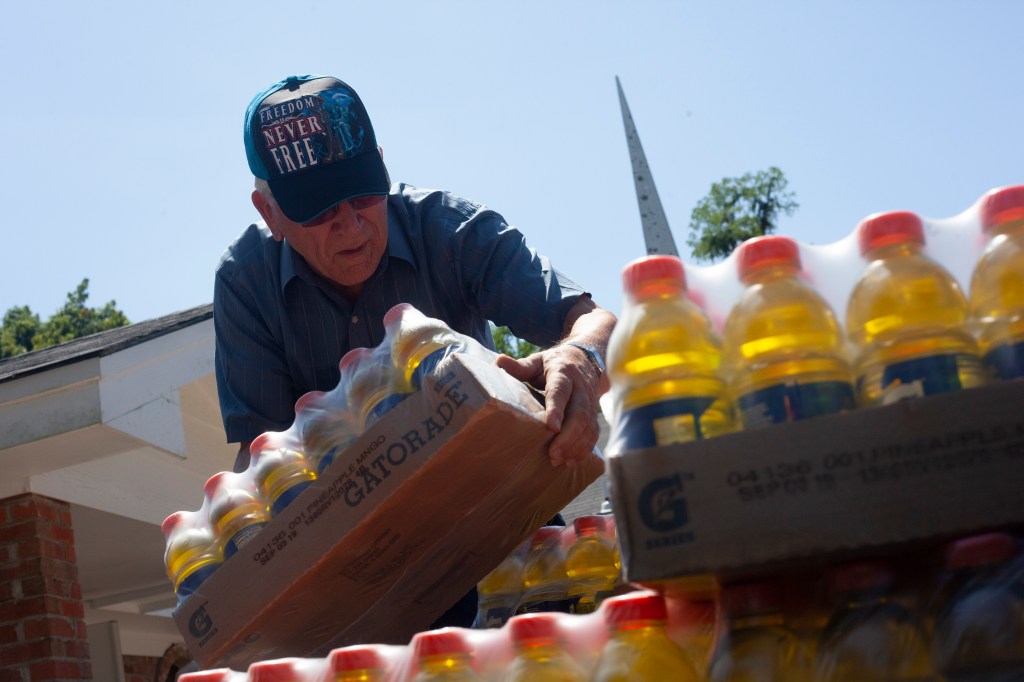 James Morgan with Gibson Memorial United Methodist Church loads up Gatorade, one of the donated items, for Warren County residents affected by the Mississippi River and backwater flooding at Gospel Temple M.B. Church donated by Convoy of Hope organization. Items will be distributed through United Way of West Central Mississippi Thursday. A 53-foot 18-wheeler was filled with cleaning supplies, water, Gatorade, wheelbarrows and shovels. Representatives from Warren, Sharkey, Issaquena, Humphreys and Yazoo picked up the donations to be distributed. (Courtland Wells/The Vicksburg Post)

It made the trek all the way from Springfield, Missouri to deliver supplies for those affected by the Yazoo Backwater flooding.

Convoy of Hope is an organization that helps in disasters. After being contacted by the church whose motto is “Save to Serve,” they delivered donations that would go to flood victims, church member Jackie Libbett said.

“We found out about them (Convoy of Hope) during the water crisis (in 2017),” Libbett said.

Rev. Curtis Wilson from Delhi, Louisiana, made the church aware of the faith-based non-profit group.

Libbett said more recently, Convoy of Hope helped victims from the tornado that touched down in Warren County in April.

After the donations were removed from the truck and divided between the five counties, volunteers from the respective counties were to come to the church and pick up the supplies, Libbett said.

The United Way of West Central Mississippi picked up donations for Warren County at 2 p.m.

Heidi Burrell, who serves as the director of resource development for the United Way said the items would then be distributed to those in need.

The Donaldson Family founded Convoy of Hope in 1994. It pays tribute to all those who helped after their father was killed in a drunk driving accident in 1969. Today, more than 115 million people have been served throughout the world by the organization.