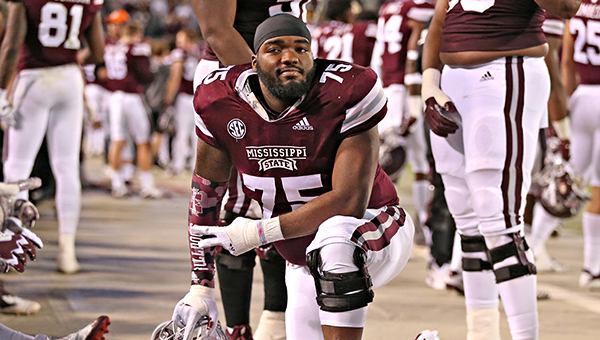 Story, a redshirt senior, faced a charge of aggravated animal cruelty to a Great Dane named Kodak, which belonged to a woman he previously dated. According to the 2018 complaint, Story did not give the dog food or water for three days.

Story was indefinitely suspended from the team immediately following the incident. Hours after his case was cleared, he appeared at football practice wearing a red, non-participant jersey and did core and conditioning work on the sideline.

“He served his punishment and his discipline was handled accordingly. We will have no further comment on this matter,” the department said in a statement.

Maryssa Edwards said she had been dating Story and last summer moved to Tennessee to take a job there. Edwards said Story offered to take care of Kodak until she was fully settled into her new situation.

Edwards, 21, said she agreed to let her dog stay with him.

Story had Kodak for about one month last summer. In the beginning, Edwards said Story told her daily that Kodak was fine. She believed him.

However, Edwards said her conversations with Story started to deteriorate, and he wouldn’t agree on a time for her to pick up her dog.

Edwards told Story she was going to make the four-hour drive from her home in Tennessee to Starkville to get Kodak. Edwards and her mother arrived in Starkville on Saturday morning, Aug. 18, 2018. Edwards met with Story at an apartment complex where he had been staying with a friend — not the place where the dog was located.

When Edwards, her mother and others went to the apartment where Kodak was, they found an eviction notice. When the group walked into the unit, the place was “trashed” and smelled bad, Edwards said.

She said she found her dog on the floor in a back bedroom amid his own urine and feces. She said the dog struggled to get up to greet her.

Story was arrested for animal cruelty.

Kodak is back in Edwards’ custody but, she said, the situation has taken a toll on her and her family.