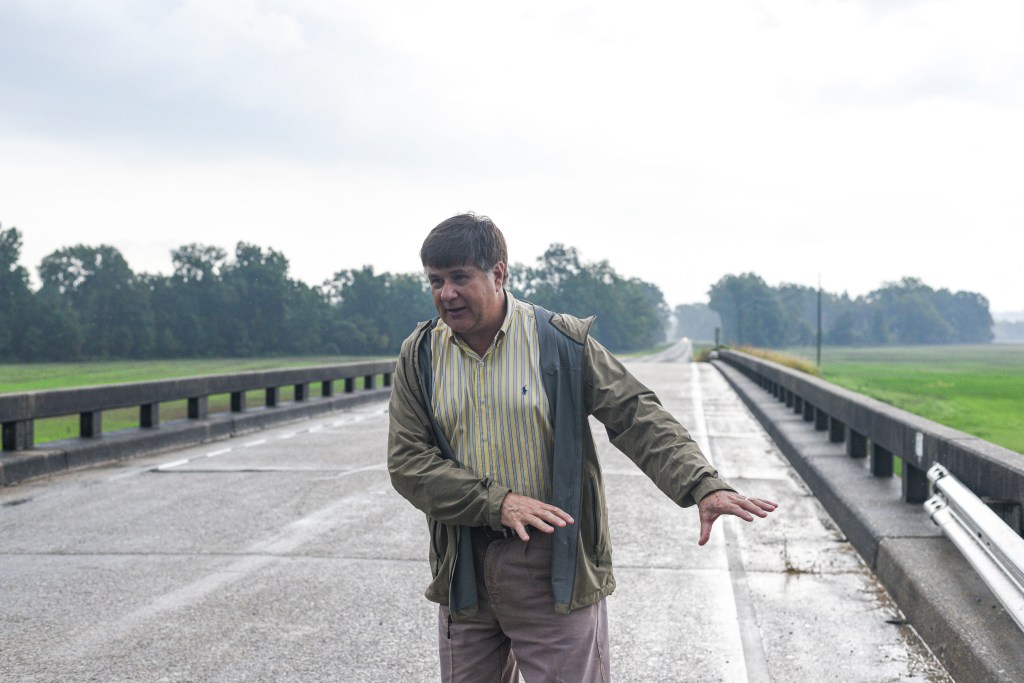 After five months, traffic is moving again on Mississippi 465 as Eagle Lake residents and property owners begin using the direct route to the community.

The Mississippi Department of Transportation opened the road Thursday afternoon after completing work on a severely damaged road shoulder east of the Eagle Lake Gin.

The road is open to light vehicle — passenger car and pickup truck — traffic.

The reason, Magee said, is because soil in some areas along the road, especially in the backwater area, remains saturated.

“One of the things that can happen, clay takes a long time for water to leach out, if it ever does,” he said. “If you put heavy trucks on a saturated clay base, it could tear up the road. So generally it will be light vehicle traffic from that standpoint; let that water leach out a little bit more.”

With the road open, Warren County Sheriff Martin Pace said he will close down the roadblock at the levee and will continue 24-hour patrol of Eagle Lake.

“I also want to remind people that even though the road is open, unless they have business or property in Eagle Lake, they need to stay away from the area. This is not the time for sightseers and tourists,” he said.

Even though the road is open, MDOT crews are not finished making repairs. They will continue making repairs on a different area of the road, which still shows some flood damage such as scarp slides and cross drain blowouts.

“What happens with a scarp slide — the embankment itself — the dirt is so saturated with water that it gets so heavy the base soils fail and can’t support it,” he said during a tour of 465 Wednesday.

“It will fail in a circular pattern, so it slides down and it comes up; It rotates the bottom. This is strictly a function of saturated soil and the base soils slide away,” he said. “This is a very common thing; we have these, and they happen. It’s something that we see and we look for after Mississippi floods.”

None of the slides needing repair are threatening the road, Magee said.

Another problem is cross drains, or storm drains running under the road, getting blown out.

“These drains obviously are meant to drain stormwater, not floodwater,” Magee said. “When you have a flood like this, it’ll set up so much velocity going through here in both directions that if there is any weakness in the pipe, culvert or anything else, it’ll start washing those little joints.”

The water will push out the joints and separate the joints.

“It will set up a little whirlpool. This is one of the things you look for, and one of the precursors for something blowing out. If it’s way long enough, it will get to the road,” he said.

MDOT closed Mississippi 465 in February. When the water began receding in early August, there were concerns the prolonged time underwater would cause a major problem on the road.

Magee said that was not the case.

“We came out fairly well, considering,” he said. “We have seen this much damage or more damage from a lesser flood. Our workers did a very good job getting the road cleaned and making repairs so we could open it up.”