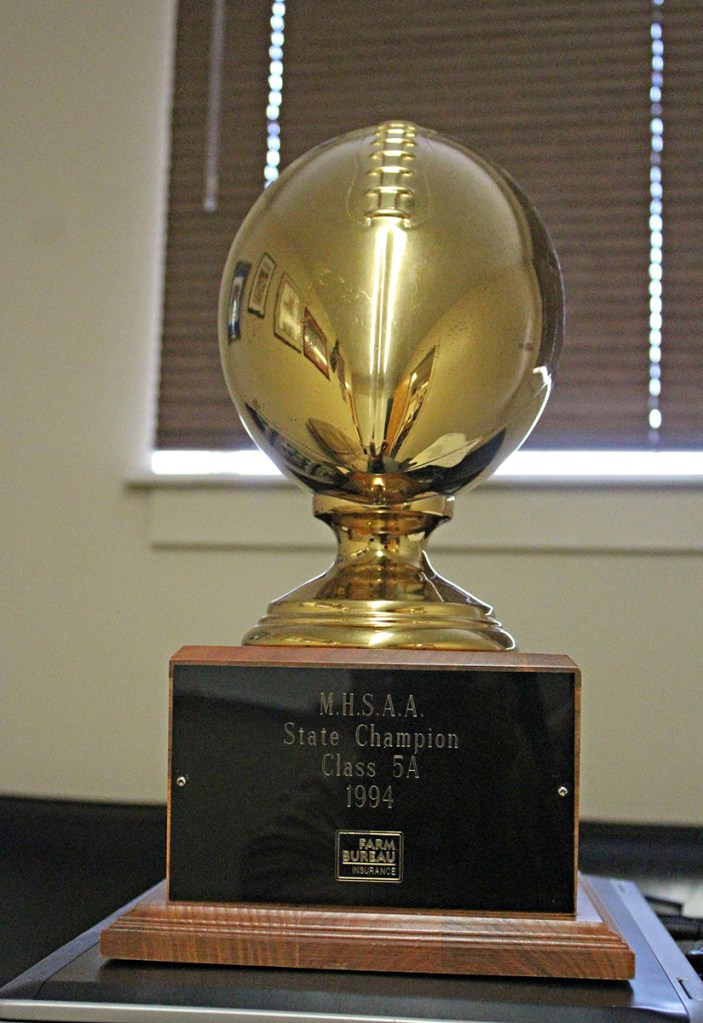 A couple of weeks ago I needed to take a picture of a football state championship trophy for our “Playmakers” preview magazine, and wandered out to Warren Central to get it.

The school’s two trophies, from 1988 and 1994, are in the football fieldhouse alongside about a dozen others from Red Carpet Bowl victories over the years. They all look similar — a gold or brass football atop a wood block base — and picking out the right ones made me feel like Indiana Jones picking the Holy Grail from among scores of cups.

I chose wisely and got my picture. To be honest, it felt weird to hold them.

Every year, a dozen of those precious trophies are up for grabs in the Mississippi High School Activities Association and Mississippi Association of Independent Schools. Young men all over the state will literally bleed, sweat and freeze for them, cry when they don’t get to hold one — and cry when they do — and put their bodies on the line for a fleeting moment of glory.

Twenty-five and 31 years ago, Warren Central’s players did all of that and got to feel the greatest of life’s satisfactions, that of a mission accomplished, by earning the right to put their hands on that trophy.

For me, an outsider who did none of that, it brought a feeling of unworthiness to grab and handle so casually something dozens of people put so much into achieving. Even if the trophies were merely 10-pound blocks of wood and metal lying dormant on a shelf, the stories they told were epics that should never be forgotten.

Every season, even the ones that don’t end in a championship, is like that. Only a dozen teams out of a couple hundred in Mississippi will experience that glorious moment. Some will find disappointment in getting close enough to taste it. Some will find joy just by winning a game. Others will wind up mired in mediocrity.

No matter what this football season has in store for each team, all of them will take a journey that will be remembered forever — the good times, the bad times, the tragic times and the awesome times.

As we embark on the 2019 football season this weekend, that’s the important thing to keep in mind. It’s not the destination or the result that matters. Thirty years from now every state championship trophy will be collecting dust on a shelf somewhere. What will live on are the bonds, friendships and stories from the journey there — or to wherever the season takes you.