A decision by the Warren County Board of Supervisors to use money from the sale of the Love’s Truck Stop property in the Ceres Industrial Park to pay for upgrades to the park’s water tower has some members of the county’s Port Commission yelling “foul.”

“The Warren County Port Commission generates its revenue from the management of economic development assets including leases (or sale) of property at the CERES Industrial Park and at the Port of Vicksburg,” Port Commissioner Don Brown said.

“The sale of the parcel for the Love’s Transportation project is a good example of a project the port commission managed for our community, which in turn generated revenue to be reinvested in economic development.”

But county administrator John Smith said the port’s revenues are actually county money the supervisors divert to the port commission.

“Those assets they get the money from are owned by the board of supervisors,” Smith said. “We’re the owners; they’re the managers. Traditionally, the lease revenue has gone to support the port’s operational cost. The board has the final say on the port’s budget. They have to go through the board for final dissolution on anything. We use those funds to fund them.”

Smith said the final decision lies with the supervisors.

“On any type of capital improvement,” he said, “the board gets to make that decision.”

The issue over the water tower involves a 2014 agreement between the county and the Culkin Water District, where the county would turn over Ceres’ water system to Culkin.

“What we were trying to do, the board and the port commission, were tying to get out of the water business,” Smith said.

Smith said the county received a grant to develop the industrial park’s water system and retained ownership when the park was finished. Neither the county nor the port is able to maintain the system, so the supervisors approached Culkin about taking it over.

Culkin, however, would not take the system over until the water tank was brought up to Mississippi Department of Health standards “which means we have got to paint it inside and out and then they will take it,” Smith said.

Under the agreement, the county agreed to seek grants to help pay for the project. If grants were unavailable, the port commission and Culkin would share the cost.

Brown said Culkin presently supplies water to the park, and uses the park’s water lines, tanks and other county-owned water infrastructure at the park, at no cost to Culkin, to supply water to its customers inside the park.

“Given that Culkin does not pay any fees or leases for the use of the county-owned water infrastructure, the Port Commission is unable to create a maintenance fund to continuously maintain it,” Brown said.

Brown said the port commission “strongly believes the 2014 agreement should be honored “and that the expense to rehabilitate the tank should be covered on a cost-shared basis by Culkin Water District and the Port Commission.”

“We were glad to hear from Mr. (board President Richard) George at our recent port commission meeting that Culkin indicated that they will share on the cost of tackling this important issue, even though at this point the port commission has not been informed of how much Culkin is able to contribute,” Brown said.

But Culkin, George said, was established by the Legislature, and is considered a “municipal entity,” he said. “That put them in the ball park of a public entity, which makes it difficult to spend funds on what you do not own.”

He said in the past Culkin has been able to assist with some maintenance issues on the system, but was unable to help on the upgrade.

George said he and board Vice President John Arnold met recently with two Culkin board members and the district’s general manager about the tank and discussed the meeting with the rest of the board.

George said the supervisors had to make a decision on the tank “because we were reaching a point in time where the (state) Department of Health could make some serious demands. And we’ve got a major food processor in that park that has to have the delivery of quality water.

“We decided to proceed and have this thing culminated while we’ve got cash money from the sale at Ceres,” George said. “The money stays within the operations and future operations of the industrial park and relieves us of the angst and liability.”

Warren County — the board of supervisors — George said, is the owner of the property at the Port of Vicksburg and the Ceres property.

“The port commission is the manager of those properties and there’s nothing wrong with their job and what they’ve done. It’s just that they have a different interpretation of how they want this handled,” he said. “But the issue has been, we as the elected body, are the only ones that can contract and spend county funds.” 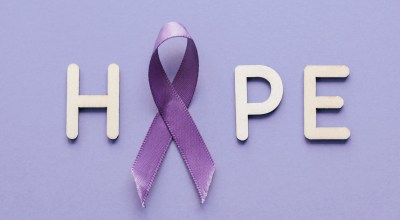