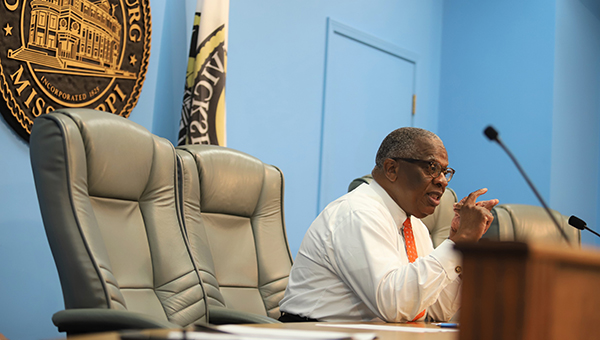 The proposed $29 million budget for the city of Vicksburg will include pay raises but no surplus.

“(City accounting director) Doug (Whittington) said this is the first time in 11 years that we have ever presented a balanced budget, with no surplus and no deficit,” Mayor George Flaggs Jr. said at a meeting of the Board of Mayor and Aldermen Friday.

The board will hold a public hearing on the proposed 2020 budget Thursday, Sept. 5 at 5:30 p.m. at the Robert M. Walker Building on Walnut Street.

In previous budget meetings, Flaggs has pushed for budget cuts in all city divisions in the face of the rising costs of running the city.

The city took a hit in August when the Mississippi Department of Revenue devalued Entergy’s Baxter Wilson power plant because it is no longer working at full capacity, costing the city about $1.4 million in revenue. On Aug. 19, Flaggs said he was cutting the city’s budget by $1.4 million to make up for the shortfall.

“I’ve cut the budget 25 percent across the board,” he said Friday. “If you’re going to meet the challenges of the future of this city with the growth you’ve got to make some tough decisions now.”

It’s imperative, Flaggs said, that the city be in a financial position “to afford the growth.”

He outlined his steps to keep the city’s fiscal 2020 budget in line from basing the proposed budget on 97 percent of the previous year’s budget, to a $300,000 reduction in health care costs, crediting the city’s in-house clinic for employees and their families as helping to keep those costs down.

“The clinic is working,” he said. “Chronic illness patients are being monitored now like never before.” Also, he said, the city is doing a better job managing health care claims.

Flaggs said savings from better health care management have been used to help fund a 3 percent across the board pay raise for employees who have worked for the city at least six months.

“People have asked me, ‘Why are you giving them raises?’” Flaggs said. “I don’t work horses or mules. I work people, and that man working in the cemetery is just as important to me as me getting a raise, and I’m going to raise minimum wage from $8.25 an hour to $8.50 an hour.

“When you have good people, you pay them; that’s what I believe,” he said.

“If you haven’t filled a position in 60 days, why do you need it? Someone else is doing that job,” Flaggs said. “That’s duplication. If anyone wants to leave the city of Vicksburg now is the time to do it. This is a team.”

“We’re not the stewpot,” he said. “We can’t serve everybody in Vicksburg; it’s over. We’ll help where we can. We can’t put the seal of Vicksburg on everybody’s paper. It’s too expensive.”