Embry is perfect for PCA in win 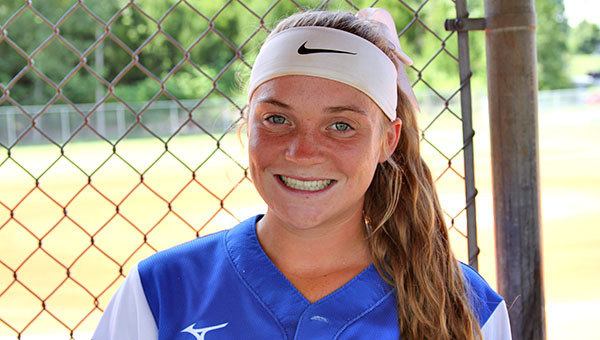 The senior struck out all 12 batters she faced while throwing a four-inning perfect game as PCA beat Benton Academy 12-0. It was the fourth no-hitter in five games for PCA, and Embry has pitched in all of them.

Embry also helped her cause by driving in two runs at the plate. Brittnee Martin had three RBIs for the Lady Eagles (12-8), and Macey Bufkin was 2-for-2 with one RBI and one run scored.

PCA scored 10 runs in the third inning to blow it open. Seven of its 11 walks, including four in a row at one point, came in the inning. Katie Tillman and Bufkin also hit RBI singles.

PCA will not play again until Sept. 7, when it hosts Bayou Academy.

Kallie Page had an RBI single in the big third inning, but the errors and a bases-loaded walk to Brooke Comans were the keys to the rally.

Sarah Cameron Fancher hit an RBI single in the seventh inning to bring in an insurance run for the Lady Vikes (4-7).

Page finished the game 2-for-3 with one RBI and one run scored, Fancher was 2-for-3 with an RBI, and Malynn Kelley had three hits.

Warren Central won its second game in a row after losing four in a row. It will play Bogue Chitto Thursday at 6:15 p.m. at Sports Force Parks on the Mississippi in Vicksburg.

Simpson Academy (14-6) scored 18 runs in the top of the first inning and won in three innings via the mercy rule. It banged out 10 hits and took advantage of 11 walks issued by St. Al’s pitchers.

For St. Al (0-11), Madison Waters was 2-for-2 with one RBI and one run scored. Emme Eaton, Maddie McSherry and Katlyn Donovan each scored one run.