Gators hang on for first win of season 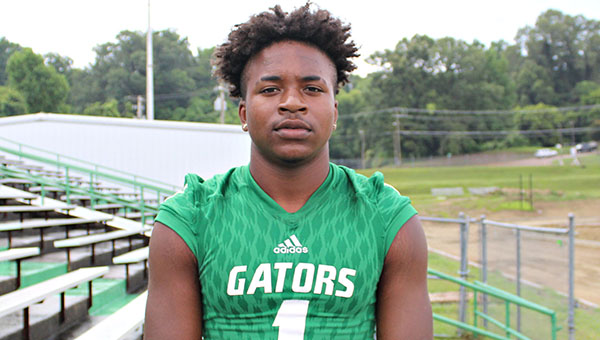 Vicksburg High quarterback Sha’Kori Ragan was 13-of-26 passing for 131 yards and one touchdown, and also ran for 32 yards and a TD in a 19-14 win over Velma Jackson on Friday.

Things got a little tighter than the Vicksburg Gators might have liked Friday night, but that just made the exhalation a little deeper and the celebration a little more fun.

Sha’Kori Ragan threw for one touchdown and ran for another, and Cedric Phillips rushed for 108 yards and a touchdown as the Gators beat Velma Jackson 19-14 for their first win of the season.

Ragan was 13-of-26 passing for 131 yards, and added 32 yards on the ground. He ran for a 3-yard touchdown midway through the first quarter and threw a 35-yard TD pass — the first of his high school career — to Keveon Smith with 4:14 left in the second.

In between, Phillips ripped off a 50-yard touchdown run as the Gators built a 19-0 lead.
They wound up having to sweat it out, though.

Jordan Harvey caught two touchdown passes, for 35 and 18 yards, in the fourth quarter. The 18-yarder cut the score to 19-14 with 5:29 left in the game, but Vicksburg was able to hang on for the win.

Smith finished with two receptions for 42 yards and a touchdown, and Deandre McCalpin caught three passes for 34 yards.

Vicksburg won in the second game of a three-game road trip to open the season, although it will stay close to home for the finale. The Gators will make their second trip across town to Viking Stadium to play Warren Central next Friday at 7 p.m.