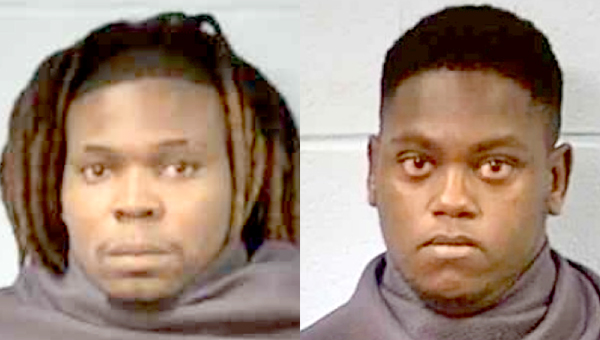 Bonds have been set for two men involved in a shooting incident in the area of Farmer and Jefferson streets Wednesday afternoon.

Lt. Johnnie Edwards, with the Vicksburg Police Department, said Quinterrious Vincent McCoy, 22, 2001 Ford St. and Ricky Dewayne Larkins Jr., 23, 1101 First North Street, are each charged with receiving stolen property in connection with the shooting, because the guns confiscated after the incident were reported stolen.

Bond was set at $50,000 for McCoy, and $100,000 for Larkins at an initial appearance Friday in Municipal Court. Both were being held in the Warren County Jail, records show.

Larkins, Edwards said, was out on bond on a charge of shooting into an occupied dwelling following an April incident in which shots were reported fired inside the Tree House Banquet Hall.

McCoy, Larkins and another man are accused of running from police who were trying to stop them in connection with the shots fired report, resulting in a search that was called off because of darkness.

McCoy and Larkins were caught bout 8:30 a.m. Thursday at the Relax Inn 1313 Walnut St., after they were found hiding in a breezeway of the hotel.

Edwards said the men were found after police received a tip on their location. The third man remains at large.

The shooting incident that led to the search began about 5:30 p.m. when the Toyota Camry with the men was seen on Cherry Street by a police officer who tried to stop it.