Students create gifts for those who likely spoil them the most 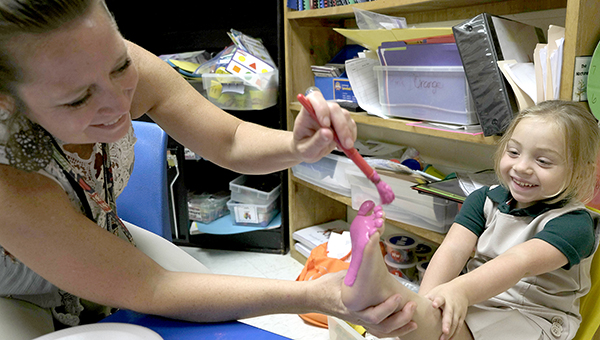 Ryley Cooke, a pre-k student at South Park Elementary School, has her feet painted pink as part of a project to create gifts for her grandparents.(Courtland Wells/The Vicksburg Post)

Therefore, in honor of the men and women who dote, babysit, spoil and sometimes raise their children’s children, the first Sunday after Labor Day has been set aside as Grandparents Day.

Friday, many of the elementary students in Vicksburg welcomed their grandparents into their schools and classrooms as a way to say, “you are special.” Some classes even bestowed gifts.

Heather Logue and Evelyn Washington’s pre-k class at South Park Elementary had fun doing an art project that involved students getting their hands and feet painted.

“It tickles,” pre-k student Camden Michael Lynn said as his teacher painted the bottom of his foot.

Both the painted hands and feet were used to make prints on a piece of construction paper, which would be used as a card for a grandparent.

While the students each waited for their turn, some were asked what they thought their grandparents would do after they were presented with the gift.

“I think she will give me a hug,” Jackson Heriod said.

Mason Washington said his “nana” and “paw paw” would be excited.

“They’ll give me a kiss and a hug,” Payzli Rogers said. Raylan Dwiggins said, he thought his grandparents would say, “thank you.”

Tillotson showed how they were to first roll the clay into a ball and then flatten it.

Once flattened, the students were to give their piece of clay a kiss.

They were then instructed to color the tip of their finger with a red marker and stamp it onto the clay. With two properly placed stamps, the marks formed a heart.

The students also colored cards, which they would hand to their grandparents when they came to visit.

President Jimmy Carter set aside the first Sunday after Labor Day as Grandparent’s Day on Aug. 3, 1978

However, Grandparent’s Day would have never come to fruition had it not been for Marian McQuade.

According to the familylinevideo website, McQuade began her campaign for a Grandparent’s Day in the early 1970s.

The idea was to encourage families to visit their older family members who lived in nursing homes.

For McQuade, interest in caring for the elderly began at an early age.

When she would visit her grandmother, who lived on a farm, after daily chores were done, grandmother and granddaughter would visit elderly neighbors and often take them food and gifts.

The website went on to say the month of September was chosen symbolizing the “autumn years” of life.

“It also coincides with the start of school, giving children the perfect opportunity to interview their grandparents for school report,” the website said.

Side note: This reporter is fortunate enough to still have the opportunity to celebrate a Grandparent’s Day. Frenchy Lee Mary Helen Burdine Sultan will be 101 on Sept. 16. 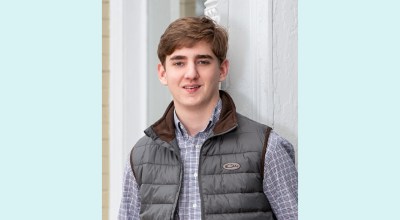 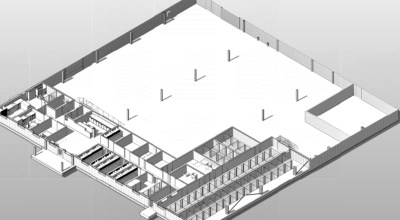