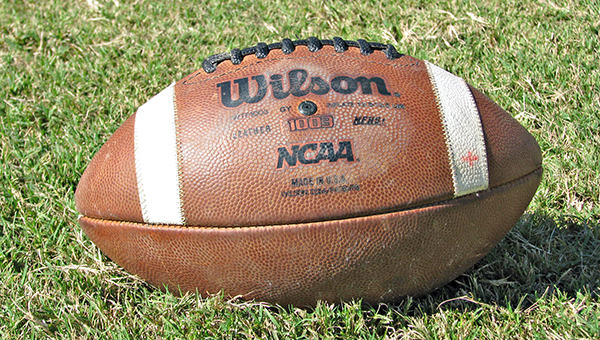 A recap of how college football and NFL players from the Vicksburg area did in games played over the weekend.

• Ole Miss kicker Casey Griffith (St. Aloysius) kicked off six times and had one solo tackle in the win over Arkansas.

• Tulane linebacker Nick Anderson (Vicksburg High) had two solo tackles and one quarterback hurry in a 24-6 loss to No. 8 Auburn.

• Southern Miss’ DeMichael Harris (St. Aloysius) got his first career start at running back and had six carries for 49 yards in a 38-15 loss to Mississippi State.

• Southeast Missouri State’s Josh Price (St. Aloysius) started at defensive tackle and had one solo tackle in a 38-17 loss to Montana State.

• Tennessee Titans cornerback Malcolm Butler (Vicksburg High) had two tackles and one interception, which he returned 38 yards for a touchdown, in a 43-13 win over the Cleveland Browns.