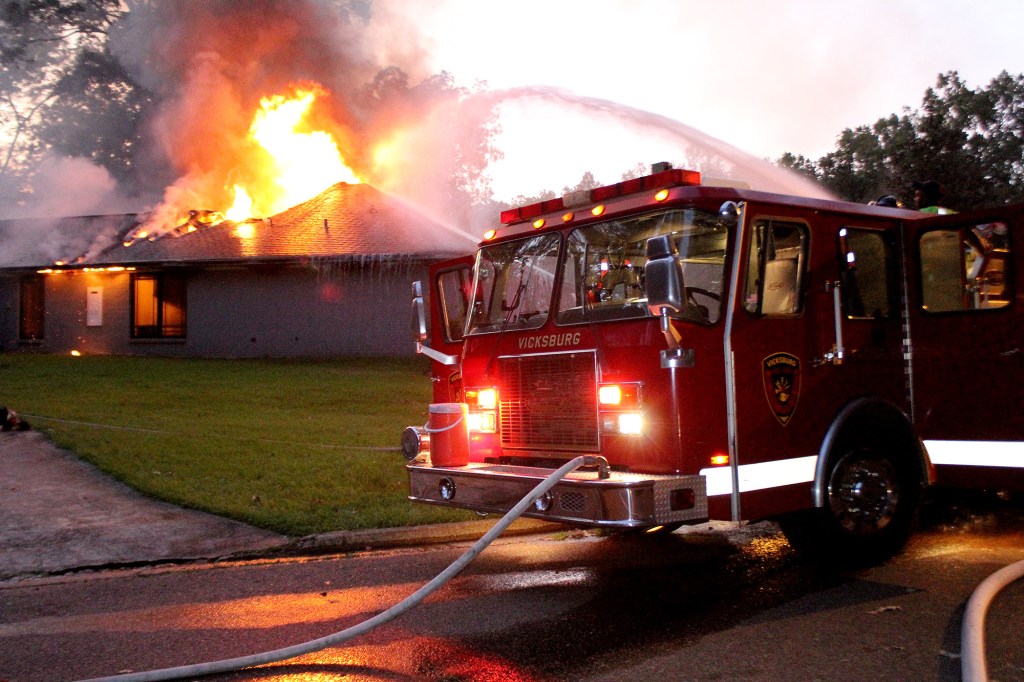 Vicksburg firefighters use a water cannon on Engine 2 to try an extinguish flames breaking through the roof of a home at 3308 Raintree Road off Porters Chapel Road Tuesday evening. (John Surratt | The Vicksburg Post)

A Vicksburg family is facing a long recovery after their home was destroyed by a fire on Tuesday evening.

Firefighters with the Vicksburg Fire Department were called to a fire at 3308 Raintree Road, off of Porters Chapel Road, shortly after 7 p.m.

When firefighters arrived, they saw flames and smoke rising from the roof.

Multiple units were called to the scene to help extinguish the blaze that reportedly reignited multiple times. As of 8 p.m., firefighters were continuing to fight flare-ups.