Jefferson indicted for shooting his wife in January 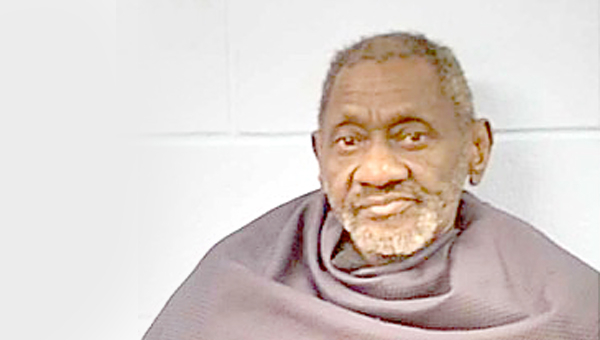 A Vicksburg man has been indicted on a charge of aggravated assault-extreme indifference in the shooting of his estranged wife.

Milton Ray Jefferson, 61, 379 Hutson St., is accused in the January 2019 shooting his estranged wife, Victoria Jefferson, after she refused to talk with him in a convenience store on Halls Ferry Road.

According to police reports, Jefferson saw her in the store and went inside to talk to her. She refused and left the store with Jefferson following her outside. Somewhere between Coccaros Alley and the store, he shot her in the back.

Jefferson later turned himself in to police and gave officers a .380-caliber handgun believed used in the shooting. He was later released on a $175,000 bond.

In another case, Zachary Allen Brooks, 22, 211 Drusilla Lane, and Justin C. Tilley, 17, 100 Stafford Drive, Delta, La., are charged in a multiple count indictment involving a May 12 incident in which they attempted to elude Warren County sheriff’s deputies.

The pair face two counts of vehicle burglary, one count of fleeing or eluding a law enforcement officer and aggravated assault on a police officer-extreme indifference.

Brooks is also charged as a habitual offender because he has two previous felony convictions.

According to sheriff’s office reports, deputies received a tip on May 12 through Crime Stoppers that the pair were traveling in the area in a gold Buick Century.

A car matching that description was seen by deputies about 5:30 p.m. at the intersection of Halls Ferry and Fisher Ferry roads.

Deputies attempted to stop the car, which went south on Halls Ferry Road. As the chase neared a subdivision, the Buick containing the pair rammed a marked sheriff’s unit.

The car later broke down and Brooks and Tilley fled on foot into the subdivision with deputies in pursuit. Deputies also set up roadblocks and stopped and checked cars driving in the area.

They were later arrested after they were found hiding in linen drawers under beds in a trailer.

• Johnny Earl Thomas, 34, 1312 Martin Luther King Blvd.; possession of contraband within a jail or correctional facility. He is accused of having a cell phone in the Warren County Jail.

• Leon Rodgers, 47, 2508A Ken Karyl Ave.; domestic aggravated assault-strangling. He is accused of assaulting and strangling a woman he was dating.

• Jerald Glenn Smith, a.k.a Jerald Carter, 48, 3112 North Washington St.; domestic aggravated assault-strangling. He is accused of assaulting an ex-girlfriend. He was indicted as a habitual offender.

• James Dearl Trimble, 29, 48 356 Highway, Rienzi, fleeing or eluding a law enforcement officer and possession of a weapon after felony conviction.