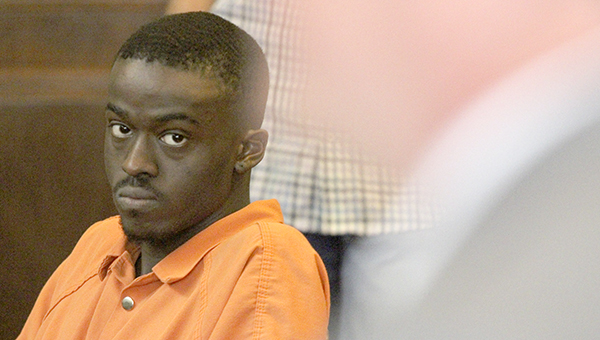 On March 25, 2019, Benton robbed the Jimmy Johns Restaurant in Meridian, the McDonalds in Brandon, and carjacked a vehicle in Vicksburg. Benton used pistols in committing each offense.

The Warren County Sheriff’s Office in March arrested Benton in Vicksburg after shooting at law enforcement and subsequently committing the carjacking.

On April 16, 2019, Benton was charged in a federal criminal indictment with carjacking, two business robberies, and using a firearm to commit each offense. He pled guilty before Jordan on June 12, 2019.

“This is a very dangerous individual who has already taken at least one life and endangered many more, including some of our own citizens and law enforcement officers,” Pace said.

Threadgill has been indicted on multiple felonies, Pace said Friday.

He said the string of crimes stretched across three states, beginning in Columbus, Ga., and ending in Vicksburg.

The pair were captured after carjacking a mother and daughter and shooting at deputies chasing the carjacked SUV, officials said.

One of the two hostages, who was forced to drive, slammed on the brakes, with both hostages jumping out.

Threadgill then took over the wheel, with Benton firing more shots. Pace said deputies shot out one of the SUV’s tires and the vehicle ran out of gas, finally ending the chase.

“I commend Deputy Dustin Keyes for his outstanding work. On the night these individuals were arrested Deputy Keyes spotted the vehicle after being made aware of a bulletin that was broadcast after the armed robberies in Mississippi,” Pace said.

“Because of the courage and bravery of our law enforcement, this criminal’s rampage of terror is over. He will now spend the next three decades of his life repaying a debt to society for the harm he has caused others. I want to sincerely thank our law enforcement for literally putting themselves in harm’s way in order to stop this violent criminal from harming anyone else,” Hurst said.

“The crime spree that this individual went on put the innocent lives of citizens across Central Mississippi in danger,” Sutphin said. “Without the assistance and quick actions of Sheriff Pace and his deputies, this individual could have committed more violent crime.

“Cooperation with all levels of law enforcement is essential in cases like these to bring justice to the affected victims and communities.”

“The excellent cooperation between the FBI, the U.S. Attorney’s Office and the Warren County Sheriff’s Office has made our community a safer place and made certain this violent offender will serve a very long time in federal prison,” Pace said.