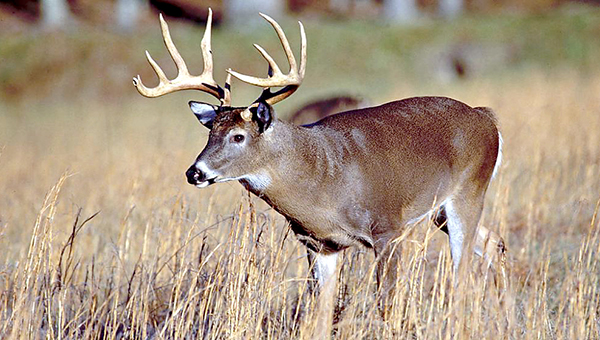 Deer season could be shorter this year in parts of Warren, Sharkey, Issaquena and Yazoo Counties under a proposal under consideration by the Mississippi Department of Wildlife, Fisheries and Parks.

The plan would create a new South Delta hunting zone for the 2019-20 season that encompasses areas affected by the Yazoo Backwater Area flood. Deer and other wildlife in the area have suffered as their feeding and breeding grounds were inundated. MDWFP spokesman Warren Strain said the proposal is intended to give the area’s herd time to recover and to study the long-term effects of the flood.

“It gives us time to evaluate, and to study, and that type of thing,” Strain said.

Strain said the proposal has not passed yet. The public comments stage of the process has ended, and a public meeting will be held Sept. 26 at MDWFP headquarters in Jackson, at 1505 Eastover Drive.

After the public meeting, the MDWFP will decide whether or not to proceed with the plan. If adopted, the new zone would likely remain in effect for two or three years according to a statement released by the MDWFP.

In the South Delta Zone, deer season would begin on Oct. 15 and end on Jan. 5. The start is two weeks later and the end about three weeks earlier than the rest of the state.

Those rules would apply only in the South Delta Zone.

“It’s shortening the season a little bit. It’s not going to affect anywhere else,” Strain said.

Currently, MDWFP has divided the state into five hunting zones for deer season, with highways and geographical landmarks such as rivers serving as the boundaries. Vicksburg and its surrounding counties are in either the Delta or Southwest zones. The bag limits and seasons for most of the zones are the same, but there are a few subtle differences in some.

Roughly speaking, it would include an area starting on the northwestern border of Vicksburg’s city limits and fanning out for about 50 miles through the Delta north to Anguilla. The Mississippi River forms the western boundary, and Mississippi 3 the eastern boundary. Yazoo City is on the extreme eastern edge of the zone.

The proposal would effectively divide Warren County into three hunting zones, with I-20 and U.S. 61 as the dividing lines.