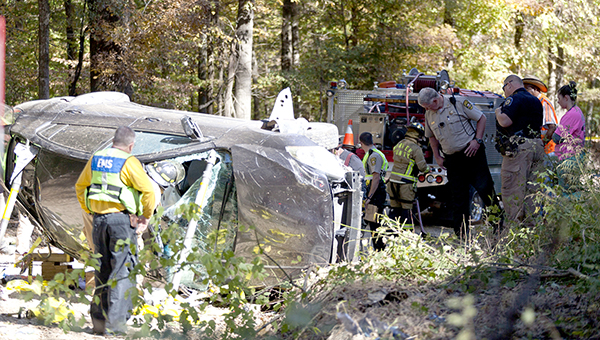 A Warren County Circuit Court jury Thursday convicted Curtis Lee Valentine, 23, of aggravated DUI resulting in the death of Katherine “Katie” Nicole Martin, 20, after a trial in Circuit Court. Martin was a passenger in the car driven by Valentine.

According to Warren County Sheriff’s Office reports, the car driven by Valentine appeared to be traveling on Moseley Gap Road before losing control in a curve. The car, a 2011 Nissan Altima, then left the road, struck a tree and rolled more than once before coming to rest in the middle of the road.

Valentine, 20, and another passenger, Kahlil Brown, 24, of Vicksburg, were injured in the wreck. Martin was pronounced dead at the scene and was later identified by family members at a local funeral home.

Valentine was charged with her death in March 2017 and turned himself in at the sheriff’s office accompanied by his attorney.