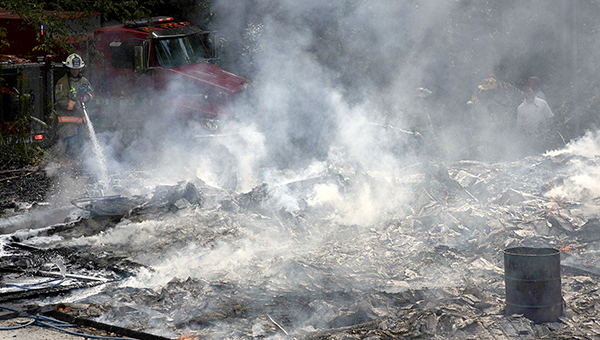 One building was destroyed and another damaged Monday in two fires that occurred at the site of the Park Avenue condominiums, formerly known as the Confederate Ridge Apartments.

Deputy Fire Chief Derrick Stamps said the fires were reported about 2:32 p.m. The cause of the fires is undetermined. No one was injured.

He said one building burned to the ground, while firefighters were able to extinguish a small fire in the neighboring building. The two-story buildings were about 500 feet apart and isolated from the rest of the complex, Stamps said, adding both were vacant and had no electricity.

He said firefighters used water from a tanker provided by the Culkin Volunteer Fire Department and were able to connect a line to an existing fireplug on U.S. 61 North near the entrance to the complex and fight the blaze.

The former apartment complex has been the scene of previous fires.

When the building complex was known as Whispering Woods, it was the scene of fires in 2016 and 2017 that either destroyed or damaged buildings.