City claims waterline that was struck was unmarked 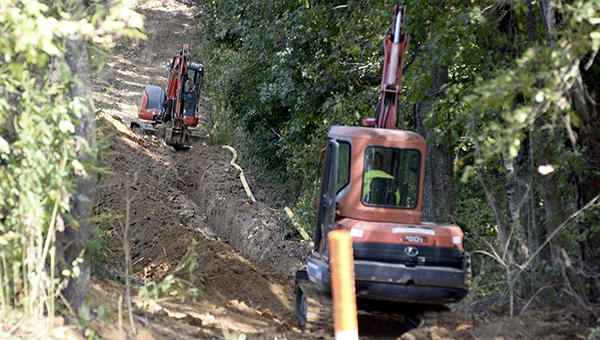 Crews with the city of Vicksburg work on the expansion of a gas line Thursday. Earlier in the day, the crew reportedly damaged a waterline that interrupted service to about 50 customers — including schools — in the Highway 27 and Paxton Road areas for 90 minutes. (Courtland Wells/The Vicksburg Post)

Assistant city gas supervisor Eddie Henderson said the break was on the north side of the railroad tracks toward Hinds.

Warren Central and River City Early College were dismissed at 11 a.m., while Beechwood, which was in the middle of serving lunch at the time of the water disruption, dismissed at 11:30 a.m. The district also canceled career technical classes at Hinds that were scheduled for Thursday.

Tim Reeves, editor of The Vicksburg Post, contributed to this story.