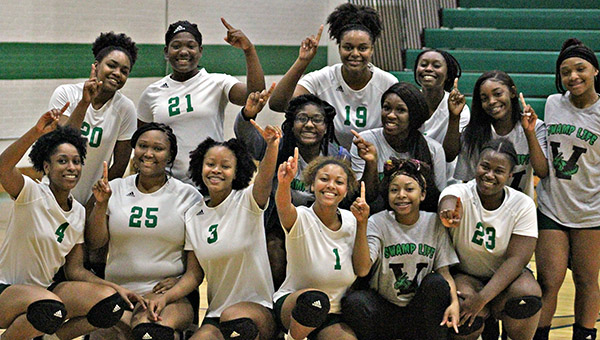 I’m feeling a little like Red at the end of “The Shawshank Redemption” today. I’m so excited I can barely hold a thought in my head. So, here’s a collection of random sports thoughts that passed through my head between 11:26 and 11:49 a.m. on Wednesday morning.

• Football is the A-List sport in the fall in Mississippi, but teams in the “other” sports in Warren County are doing pretty dang well lately.

No matter how football season turns out, we’ve got some winners around here. Congratulations to all of those teams, and good luck in the weeks to come.

• LSU football’s offense is really fun to watch. The last time the Tigers lit it up like this was in 2001, when they won the Southeastern Conference championship for the first time in the division era.

The two national championship teams and the 2011 runner-up — still perhaps the best team that didn’t win a national title in college football history — were built on defenses that choked out opponents like an MMA fighter. This team sprints up and down the field like a Big 12 offense. It’s like seeing a unicorn.

All of which is going to make it even more disappointing when Alabama shuts them out 27-0 in November.

• Betting on sports is not as easy as it looks. Already this season I’ve picked winning teams but lost when teams covered the spread by scoring a touchdown with six seconds left; scored with 30 seconds left and went for two and the win instead of a tying PAT; and scored two touchdowns on special teams and defense but none on offense.

That’s why they call it gambling, etc.

• Warren Central will not play a regular-season football game on natural grass this season. Greenville and Murrah are the only Region 2-6A teams that play on grass rather than artificial turf, and both of those games are at home for the Vikings. Its six road opponents all have turf.

Throw in the new sports complex in Vicksburg, the conversion of parts of the softball and baseball fields at Vicksburg and Warren Central to turf, and it feels like it won’t be long before muddy uniforms are quaint relics of the past.