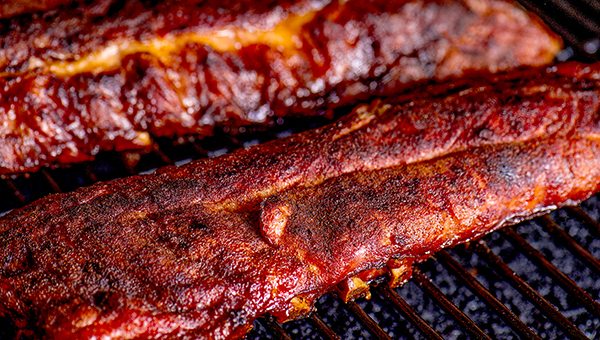 The smell of barbeque will be in the air this weekend as contestants vie for a $1,000 grand prize during the inaugural Buckos Bar-B-Que Challenge to be held at the Sports Force Parks on the Mississippi.

Perry Boyd, event organizer and owner of Gumbo Pot, said the event is a fundraiser to aid those who live in Warren, Sharkey, Issaquena and Humphrey counties who were affected by the recent historic flood that inundated parts of the South Delta for nearly six months.

“We’ve been talking about doing something like this for a while because we just wanted to give back,” he said.

The cook-off is expected to attract top pitmasters from across the region, Boyd said, with 17 entries currently signed up. Along with the $1,000 grand prize, first place prizes will also be awarded for beef, chicken and pork ribs categories as well as a People’s Choice award.

The event will kick off Friday at 6 p.m. until 10 p.m. During this time, event-goers will have the opportunity to meet competitors and enjoy a classic car show. The park’s zip line will also be operational. Admission is $5.

In addition to the barbeque challenge, the event will also include a corn hole tournament and a youth and adult pie-eating contest, as well as a football throwing contest.

Also on Saturday, televisions will carry the Ole Miss and Mississippi State football games. Live music will also be performed during the day, with performances beginning at 11:30 a.m. with the Delta Misfits. Flatlands will begin performing at 12:30 p.m.

“And we are going to end it with the Ben Shaw band. They will perform at 1:30 p.m., and it will be the whole band, horns and everything,” Boyd said.

“All the regular attractions will also be open at the park during the event,” Jones added.

And of course, barbeque samplings will be available beginning at 11 a.m. Judging begins at 3 p.m. and the winners will be announced at 5 p.m.

Admission for Saturday’s festivities is $10.

Like the fundraisers that have already been held for flood victims, Boyd said,  monies from the barbeque challenge will go to the Long Term Recovery efforts.

“We are partnering with the United Way and the money will be going to the long-term committee,” he said.

“It is great to partner with Perry Boyd and Sports Force for the Buckos Bar-B-Que Challenge. Sports Force is a huge partner in our community, and we are so very lucky to have them,” United Way of West Central Mississippi executive director Michele Connelly said.

The weekend event is family-oriented, Boyd said, and children will have plenty to do.

“I encourage everyone to come out so we can raise as much money as possible for the flood victims,” he said.

For more information about the Buckos Bar-B-Que Challenge, call 601-218-4763 or visit www.sportsforceparksvicksburg.com/tournaments/buckos-bbq-challenge-vicksburg-mississippi.