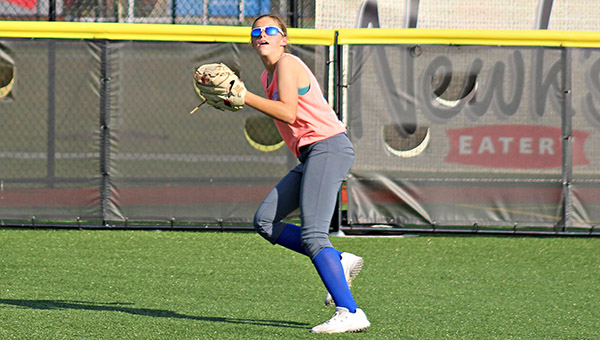 No matter what happens next, this has already been the most successful season in more than a decade for Porter’s Chapel Academy’s softball team.

They sure would like to make it the most successful one ever, though.

PCA will head into the MAIS Class 2A state tournament this weekend as the South State champion. It’s the first time since claiming the 2005 Class A North State title that the team has won the first leg of the postseason, and now it has designs on adding the first state championship trophy to the school’s collection.

“It’s still slowly sinking in, but I think our biggest goal is still state,” PCA coach Chandler Ellis said. “South State was kind of the trophy after district. We took it like district. We expected it and that’s what we wanted. Now we’re reaching for the stars and trying to get the state championship.”

PCA (20-8) ripped through the South State bracket by winning all four of its games by a combined score of 35-1. It will carry a 10-game winning streak into the state tournament opener against Lee Academy (Ark.) on Saturday.

PCA and Lee play at 10 a.m. at the Magee Sportsplex in Magee in the first game of the eight-team, double-elimination tournament. The survivors of the winners’ and losers’ brackets will advance to a best-of-three championship series at campus sites next week.

PCA has only played a couple of the teams in the state tournament this season, and none from the North half of the bracket. Pitcher Hannah Embry said she wasn’t sure what to expect from the other teams, other than that they’re all quality squads to have made it this far.

“We don’t know anything about the North. We play the four-seed so they shouldn’t be that good, but they’re still not going to suck,” Embry said with a laugh. “Then the people from our side, we’ll probably see Centreville again.”

Although the Lady Eagles are on a roll and crushed their opposition in the South State tournament, Ellis said there are plenty of things to clean up before they return to the field.

After scoring 29 runs in their first two South State games against Providence Classical and Sylva-Bay, the Lady Eagles muddled through a pair of wins against Centreville Academy two days later. They had a total of 13 hits in the latter two games, committed four errors in one of them, and won 3-1 and 3-0.

Ellis said it was important to dial in and not get complacent as the competition ramps up.

“If they think we’re going to get away with the things we did at South State, they’re wrong. State is just meaner. More aggressive. We’ve got to get our heads refocused and ready for this bigger step, this bigger trophy, the main goal,” Ellis said. “We know our bats have to be better, and they were lacking. We left too many runners in scoring position. When we get to state we have to score those runners, point blank period.”

Ellis also said the team needs to learn not to rely entirely on its biggest weapon.
Embry pitched the last three games of the South State tournament and struck out 35 batters in 19 innings. She only allowed one run, seven hits and three walks.

Having Embry in the circle is a decided advantage, Ellis said, but her teammates need to remember to back her up both defensively and offensively.

“It is a big weapon. It’s also one of those frustrating weapons, because we rely on Hannah a lot. That’s been the struggle,” Ellis said. “We rely on Hannah to strike this player out. Well, we’d better be ready if they still hit it. It’s just trying to get it in the defense’s head that you want to back up this type of pitcher. You want to be there if they do put the ball in play. That’s what we have to start thinking as we roll into the big leagues.”