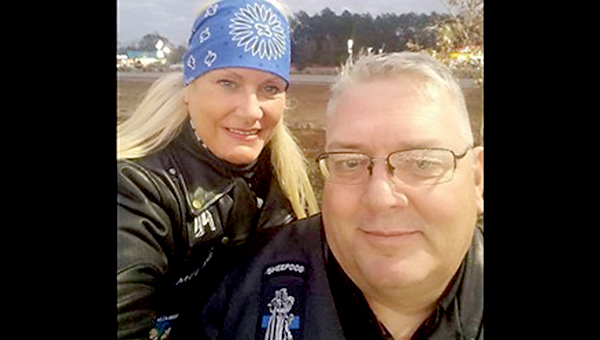 A former officer with the Vicksburg Police Department was killed Saturday and his wife injured in an off-duty wreck in Jackson County.

According to news outlets reports, Glenn Everett Roe, who worked with the Harrison County Sheriff’s Office, died Saturday after being hospitalized for injuries received in the crash. He was not on duty at the time of the accident.

Jackson County Sheriff Mike Ezell says Roe and his wife, Melanie Roe, were riding separate motorcycles when a Toyota pickup truck turned in front of them. Ezell said Roe and his wife struck the passenger side of the truck.

“Glenn and I worked in the patrol division for many years,” said Vicksburg police Capt. Mike Bryant. “His wife was a 911 dispatcher here.”

Roe, he said, was a good officer and served as a field-training officer for the department.

The wreck investigation is ongoing.