Country music soothes the soul and keeps me from the NFL

Since I no longer watch the NFL, I find myself turning to other sources of information and entertainment on Sunday afternoons.

Sometimes, it’s a movie from my DVD collection that I slide into the disk player to relax and watch, most often times falling asleep in my recliner and waking up in time to see the credits.

Other times, I channel surf and watch some interesting documentaries on World War II, science and biographies. I also get to catch up on ESPN’s programs on observing 150 years of college football, or the program “Saturdays in the South” about the Southeastern Conference.

But these past few Sundays, I’ve watched the Ken Burns documentary on country music that has played non-stop on PBS.

I find it interesting that America’s different forms of music came from the South, whether it’s the birth of jazz in New Orleans or country music and the blues in Mississippi.

When I was growing up, my father, who was a country boy, was a country music fan. He also liked big band and Dixieland, but in the 60s, 70s, and 80s, trying to find either of those genres on the radio was near impossible. Remember, this was before — way before — satellite radio.

Dad was a salesman and traveled a lot, but when he was in town, his car radio was locked on WYNK, Baton Rouge’s premier country station. Being a teenager whose soul was lost to rock n’ roll, I used to cringe getting into his car and going someplace with him. Every time certain rock songs came on the air, he would remind me that they were “country songs.”

But there were some things about country music we agreed on. One was Johnny Cash. Cash spanned country and popular music, and to me, he didn’t seem country. I enjoyed his music, and I have several Johnny Cash CDs in my collection.

Over the years, I guess some of dad’s love of country music moved across the generation gap and influenced me. While I still listen to rock and enjoy big band music and jazz, I have some country music CDs in my collection from Alan Jackson, Travis Tritt, Toby Keith, Willie Nelson, and a couple of CDs of the Highwaymen — Cash, Waylon Jennings, Willie Nelson and Kris Kristofferson.

Watching the documentary on country music gave me a better appreciation for the music and the people who made it so much a part of America’s fabric. And it was amazing how, as I watched the documentary, it brought back memories of the songs I heard coming from dad’s car radio. As certain tunes were played during the program I found myself singing the tunes along with program.

There have been times I’ve been tempted to turn on an NFL game and watch, but as soon as the thought arises, I find something like Ken Burns’ “Country Music” that captures my attention and I sit back and watch.

I’m happy I’m able to find life after the NFL. 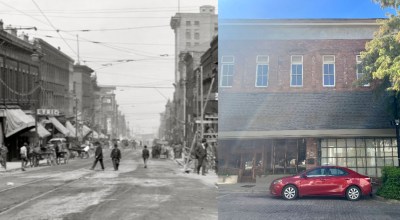