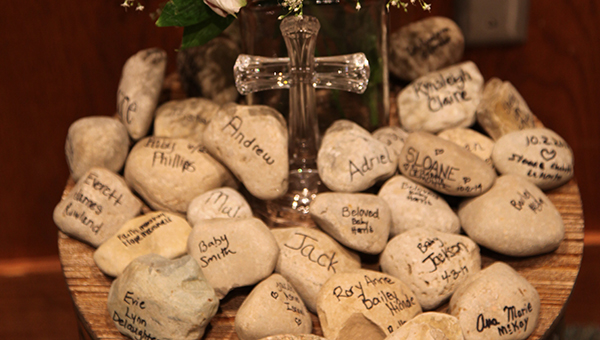 Shortly after Angela Marshall and her husband found out they were expecting their first child, the couple posted the good news on Facebook.

Being from California, Marshall wanted to share the excitement with all of her family and friends.

Unfortunately, it was not long afterward, Marshall had a miscarriage and had to return to social media to let everyone know.

Although this was difficult, she said, the responses she received were healing.

“I can’t tell you how many people responded with, ‘We’ve been through the same thing, I am so sorry. We know what you are going through,’” Marshall said.

It was from this outpouring, Marshall said, she got the idea to help others, who had experienced a similar situation.

And as the children’s pastor at Crossway Church, two years ago, Marshall introduced Made Known, which is a pregnancy and child loss event.

On Oct. 13, beginning at 6 p.m. the church will once again offer the program for those who have experienced a loss.

“Made Known acknowledges the babies in our church and community who were made by God, known by their parents and will be made known through remembering and honoring their short, but significant lives,” Marshall said.

During the program, Melissa Valerga, who is a licensed mental health counselor will be speaking.

Marshall said there would also be a discussion time, which allows participants to open up about their loss, and there will be an opportunity to memorialize one’s loss.

Two years ago the group, as part of the process to memorialize their children, wrote the names of those lost on rocks.

Made Known is geared toward the whole family, Marshall said, adding it is set up for mom, dads, grandparents and church members.

“That’s what is kind of neat is that there are resources for everybody,” she said.

The free event will be held at the church’s new student center, 1825 U.S. 61 and refreshments will be provided. Childcare will also be available.

Registration is available on Crossway’s Facebook page, but is not required.

“We just wanted to try and get a count of how many will be attending,” Marshall said.