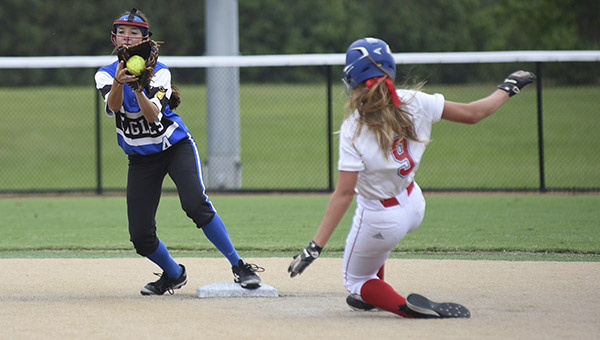 Although they came up short in their quests for state championships, the girls’ softball and soccer teams at Porter’s Chapel Academy and St. Aloysius had no shortage of top players this season.

Porter’s Chapel had three players selected to play in the MAIS Class 1A-2A fast-pitch softball all-star game, and St. Aloysius will have two in the girls’ soccer all-star game.

All of the MAIS all-star games will be played Wednesday at Jackson Prep in Flowood. The Class 1A-2A softball game begins at 2 p.m., followed by the 3A-4A-5A game at 4. The soccer all-star game will also be played at 4 p.m.

Representing PCA in the softball game are pitcher Hannah Embry and infielders Carlyle Smith and Storey Kirklin. They were among seven seniors who led the Lady Eagles to a 24-10 record this season and a runner-up finish in the Class 2A state tournament.

All three players will be on the White team for the all-star game. So will Tallulah Academy’s Jessica Williams. Sharkey-Issaquena Academy’s Mary Grayson Martin will play on the Blue team.

Meanwhile, St. Al’s Ann Elizabeth Farthing and Jaleigh Ehrgott were selected to play in the soccer all-star game. They helped lead the Lady Flashes to a berth in the Division II playoffs, a season after the team won the Division III championship.

Farthing will play on the White team, and Ehrgott on the Blue.

Central Hinds’ Annalise Rochelle and Anna Kate Shaw also were picked to play in the all-star game. Both will be on the Blue team.