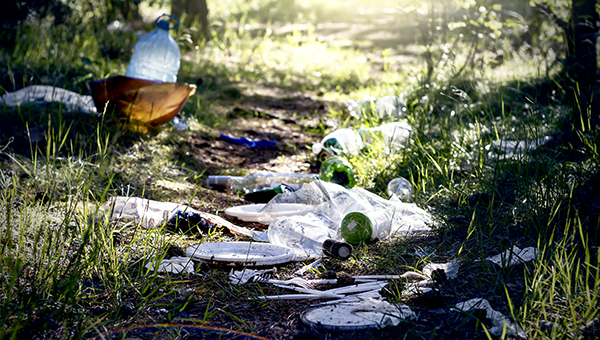 A stronger county ordinance may curb the litter problem once and for all.

The Warren County Board of Supervisors passed a new ordinance Monday that incentivizes county residents to turn in those who litter with a reward up to $100.

The ordinance, which is set to go into effect Nov. 7, allows a judge to award up to $100 to the person who turned in the litterbug and testified against him or her in court. The judge can also fine the violator $100 to $500.

Prior to adopting the ordinance with the $100 incentive for testifying against violators, the county’s ordinance focused mostly on illegal dumping. While the new ordinance allows for enforcement throughout the county’s unincorporated areas, including private property, the ordinance does not apply to Vicksburg city limits, as the city has its own litter ordinance.

The strengthened ordinance is new to Warren County but not to other counties in the state of Mississippi. Lafayette and Madison counties, for example, offer similar rewards to those who turn in litterbugs and serve as witnesses in court.

Warren County Sheriff Martin Pace, who was the guest speaker at the Vicksburg Heritage Guild’s meeting at Walnut Hills Tuesday, provided insight from a law enforcement perspective on the ordinance and answered questions as to why the county does not use inmates to help pick up debris and trash.

Pace said the incentive of testifying against litter violators in court comes into play because misdemeanor offenses must be prosecuted by someone who witnessed the offense. That means if no one sees a person littering, or if a witness is unable to prove beyond a reasonable doubt that a violator littered, the county cannot convict and fine them.

State inmates have assisted with litter and debris clean up in the past, but Warren County lost the ability to use this program about 10 years ago.

Jails approved by the Mississippi Department of Corrections have the option to house some state inmates, or felony detainees who were sentenced in trial. These inmates can then be used as working inmates or trustees under the supervision of the county and can pick up trash on highways, assist city and county work crews and work as janitorial or maintenance staff in municipal buildings.

Pace said the Warren County jail facility is not approved because of its age and design. Therefore, Warren County cannot participate in this program.

Pretrial felony detainees, which make up all of the inmates in the Warren County jail, cannot be used for labor outside of the jail grounds. Pretrial means the inmate has been charged, but has not yet been to court or stood trial.

Once the county builds a new jail, Pace said, it will meet the standards of the Department of Corrections.

“The new facility will meet and exceed all state standards so we can once again have a robust inmate work program that utilizes state inmates,” Pace said.

While ordinances similar to the one adopted Monday by Warren County have been successful in other communities, Pace said Warren County residents should not depend solely on law enforcement to resolve the litter problem.

“There must be a holistic approach,” he said. “It takes an entire community to change the overall, and education (about caring for the environment) starts in the household with youth.”