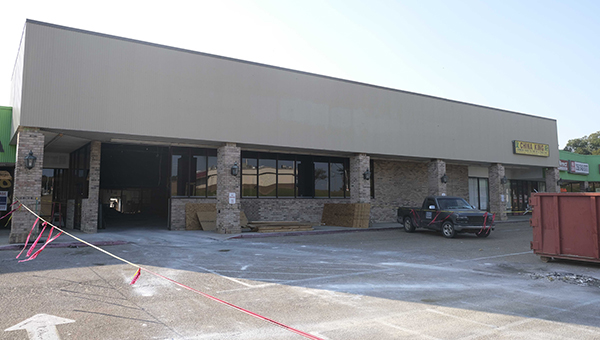 The former Rite Aid location on Indiana Avenue is being transformed into a Planet Fitness location. (Courtland Wells/The Vicksburg Post)

The fitness industry in Vicksburg will have a new player soon as Planet Fitness announced Wednesday it will be opening a location in Vicksburg “in the winter of 2019.”

In its release, United PF Partners, a Planet Fitness franchisee group, which operates more than 155 locations in 14 states, will open the 12,000 square foot location at 3046 Indiana Ave. in the former Rite-Air location. Construction work on the facility has been ongoing for a number of weeks.

“We’re excited to expand the Judgement Free experience in Vicksburg, where residents can break a sweat for just $10 a month,” Scott Lyons, regional director for United PF Partners, said in the release.

Founded in 1992 in Dover, N.H., Planet Fitness is one of the largest franchisors and operators of fitness centers in the United States by the number of members and locations.