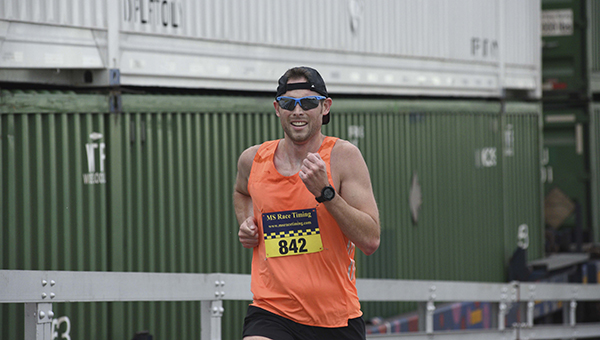 Michael Anderson finishes the final stretch of the 31st Annual Over the River Run on Saturday. Anderson crossed the finish line in 28:16 to win the 5-mile run across the Old Mississippi River Bridge for the first time. (Courtland Wells/The Vicksburg Post)

It had been a few years since Michael Anderson competed in the Over the River Run, and almost a year since he won a road race of any kind.

He ended both streaks in one shot on Saturday.

Anderson, a 33-year-old from Monroe, La., conquered the 5-mile course across the Old Mississippi River Bridge and back in 28 minutes, 16 seconds to win the Over the River Run for the first time.

Anderson finished 49 seconds ahead of runner-up William Kazery on a chilly, windy morning.

“It’s been a while since I’ve actually won a road race, probably since last year. So just coming out and doing a little road race and doing that, it’s phenomenal,” said Anderson, who has finished second in the Over the River Run twice but hadn’t competed in it since moving out of the area about five years ago.

Anderson and Kazery worked together to pace each other for the first half of the race, but on the way back from Louisiana Anderson was able to gain some separation. Kazery wound up crossing the line in 29:05, well ahead of third-place finisher Tommy Martin’s time of 31:44 but also well behind Anderson.

“I haven’t been training fast enough, I guess. I went out a little quick and it got to me. I can’t hold it for too long. I backed off and he got a good gap and took over from there,” Kazery said.

Keri Frazier won the women’s title and finished seventh overall, with a time of 32:21. She beat runner-up and defending women’s champion Laura Child by 28 seconds. Coincidentally, Child beat Frazier by less than a minute last year. 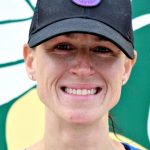 Frazier said a steady 15 mph wind that was blowing down the river made the course difficult. Temperatures in the 50s at race time — the first cool morning of this fall season after months of hot, steamy weather — were also a factor.

“The cool breeze is nice, but the wind is pushing against you the whole way. I felt like it was blowing everywhere. You never got a break,” Frazier said, adding she was still happy to have dropped her time from 2018. “It’s faster than last year, so that’s good. I wanted to go under 31, but I didn’t make it because of the wind.”

In the 5-mile race walk, Larry Robinson easily defended his overall championship and won the Over the River Run title for the seventh time by crossing the line in 50:33. He obliterated a talented field led by runner-up Steve Pranger, who finished six minutes behind Robinson.

“Does it ever got old? No. Do I ever get old? Yeah,” laughed Robinson, a 49-year-old from Forest.

Like the runners, Robinson said he separated from the pack around the halfway point of the race — or at least that’s when he noticed.

“When we made that turn at 2 ½ (miles), I saw everybody still coming down so I said, ‘OK, maybe I can coast a little bit.’ I was trying to fight that wind. I was competing against that wind — and the wind won,” Robinson said. 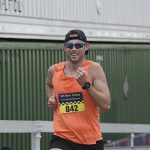 Michael Anderson finishes the final stretch of the 31st Annual Over the River Run on Saturday. Anderson crossed the finish line in 28:16 to win the 5-mile run across the Old Mississippi River Bridge for the first time. (Courtland Wells/The Vicksburg Post) 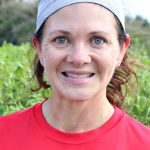 The biggest drama of the day came in the women’s 5-mile walk. Jennifer Mallard overtook reigning champion Angel Curry in the last 200 yards to win the women’s championship for the first time.

Mallard trailed Curry by a few steps as they started their climb up the long hill toward the finish line, but Mallard stepped on the gas and won by 11 seconds with a time of 56:57.

“It’s awesome, because Angel is so fast. She’s always the goal. To be able to pass her and win this time was a great feeling. She led the whole way and I was able to have a little extra on the hill coming up,” Mallard said.

In the children’s 1-mile fun run, Luke Bond won with a time of 7:17. Tripp Thornton was second in 7:26 and Cora Lindsay third in 7:39. Lindsay won the girls’ championship.