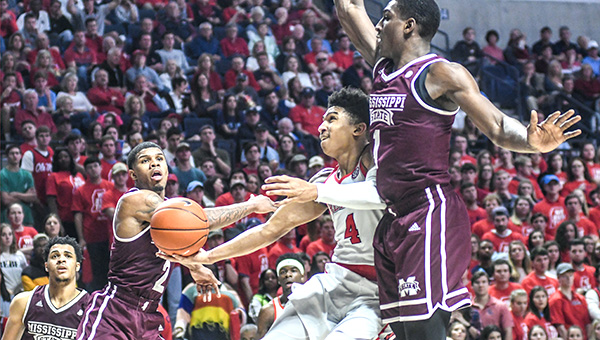 Perry is the first Mississippi State player since 2011-12 to make the preseason All-SEC first team. He also received votes for the SEC’s Preseason Player of the Year Award.
Perry made the All-SEC Freshman team last season, when he averaged 9.7 points and 7.2 rebounds per game.

Tyree, a senior, was also a first-team selection. He averaged 17.9 points per game and was an All-SEC pick last season. Tyree scored at least 20 points in 17 games.

Mississippi State was chosen to finish seventh and Ole Miss eighth in the SEC media preseason poll which was released Tuesday by the conference office. Kentucky, Florida and LSU were picked to finish first, second and third, respectively.