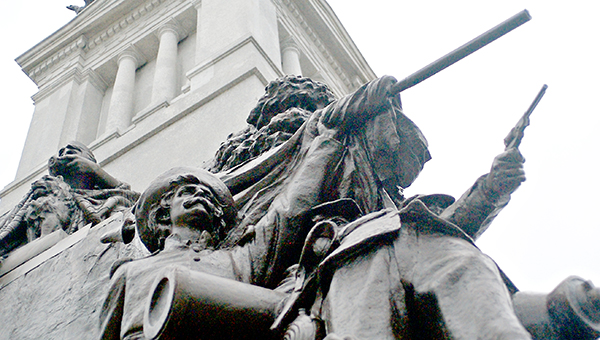 More than a century after the Mississippi State Monument in the Vicksburg National Military Park was completed and first dedicated, an event will be held to dedicate it all over again.

Officials from the Park, along with state officials and those with the Friends of Vicksburg National Military Park will rededicate the monument Nov. 11 at 2:30 p.m.

According to the Park, the National Park Service’s Historic Preservation Training Center completed an extensive restoration and repair project earlier this year on the monument that included masonry repairs, testing of the monument’s lightning suppression system and a thorough cleaning.

Funds for the $75,000 project were donated by the state of Mississippi and led by the Friends of Vicksburg National Military Park and Campaign.

A brief ceremony will take place at the Mississippi State Monument, along Confederate Avenue within Vicksburg National Military Park, and feature several speakers who were involved in the project.

Additional details will be announced closer to the event.

According to a release from the Park, the Mississippi State Monument was dedicated on Nov. 12, 1909, and honors the sacrifice of Mississippi’s 32 infantry units, 17 artillery units and 37 cavalry units which served in the 1863 Vicksburg Campaign of the Civil War.

The monument, which was designed by R.H. Hunt of Chattanooga, Tenn., cost $32,000 to construct.

The re-dedication event is free and open to the public.