My Beautiful Stutter: The Strand screening delves into the lives of five kids who stutter 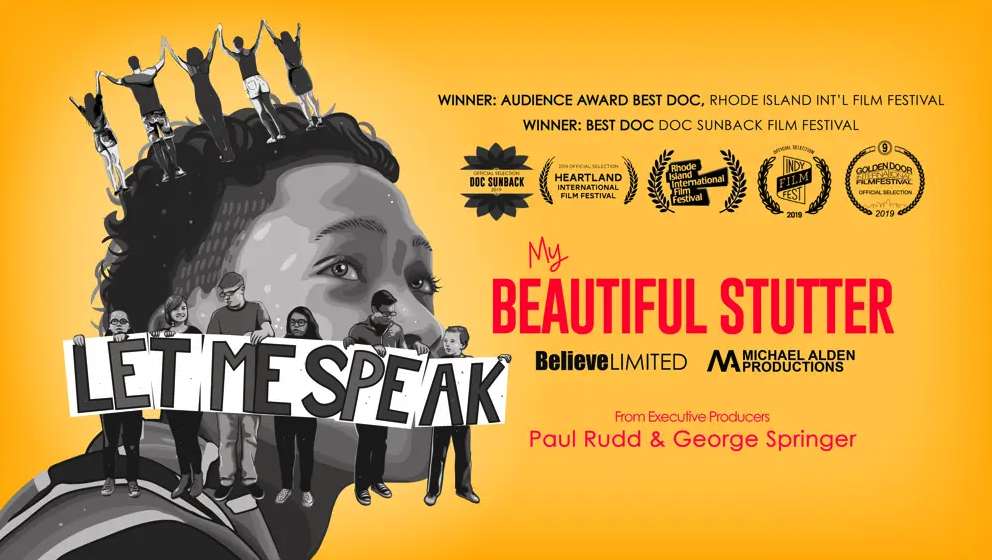 In busy day-to-day lives, many take the right to verbally speak their mind for granted. But what about those who have a disorder that inhibits their ability to do so?

In honor of National Stuttering Awareness Day, The Strand, 717 Clay St., will screen My Beautiful Stutter: Let Me Speak, a documentary produced by Paul Rudd and George Springer that details the stories of five young people who find their voices through a program for children who stutter. The film will show Tuesday at 6 p.m.

The screening is sponsored by Vicksburg’s own Jubilee Therapy and is free to the public. Owner and Certified Speech-Language Pathologist Ashton Hotard felt compelled to sponsor the screening because she has a personal connection with its subject.

“I have a close family member who stutters,” Hotard said. “This movie popped up on my social media one day. I have been following the movie production over social media for the past year and I was excited when they (the producers of the documentary) accepted my application for a movie premiere in Vicksburg.”

According to The Stuttering Foundation, International Stuttering Awareness Day is “intended to raise public awareness of stuttering, which affects one percent of the world’s population.”

Jubilee Therapy, which has been open for a little over one year, has worked with five area children who have fluency disorders. Having a fluency disorder means a patient has trouble speaking in a fluid, or flowing way. Hotard said it can mean a person stutters, stammers or clutters.

According to the film’s website, www.mybeautifulstutter.com, it has received multiple awards, including “Best Documentary” in the Doc Sunback Film Festival, the Rhode Island International Film Festival and the Golden Door Film Festival.

The website also states, “My Beautiful Stutter follows five kids who stutter, ages 9 to 18, from all over the United States and all walks of life, who, after experiencing a lifetime of bullying and stigmatization, meet other children who stutter at an interactive arts-based program, The Stuttering Association for the Young [SAY], based in New York City. Their journey to SAY find some close to suicide, others withdrawn and fearful, exhausted and defeated from failed fluency training, societal pressures to not stutter or the decision to remain silent. Over the course of a year, we witness first hand the incredible transformation that happens when these young people of wildly different backgrounds experience for the first time the revolutionary idea at the heart of SAY: that it’s okay to stutter.”

Hotard encourages the community to attend the free screening and join the effort in raising awareness about stuttering and how to interact with those who manage the disorder.

“It is important for the public to be aware that stuttering is not something you can just stop, it has to be managed throughout life,” she said. “Imagine waking up every day and having to work to get the words out. Simple things that we take for granted, like ordering a cup of coffee or communicating with co-workers, can be extremely taxing for people who stutter.

“The best thing to do if you are communicating with someone who stutters is to be patient and accept that their speech may take a little while to come out,” she continued. “Wait for them to speak and get their thoughts out before continuing the conversation.”