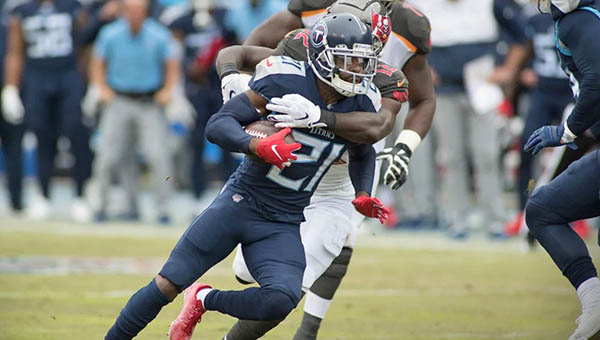 Tennessee Titans cornerback Malcolm Butler (21) is tackled after making an interception in Sunday’s 27-23 victory over Tampa Bay. (Courtesy of The Tennessee Titans)

A weekly recap of the performances by college football and NFL players from Vicksburg-area high schools in games played over the weekend:

• Tulane linebacker Nick Anderson (Vicksburg High) had one tackle in a 41-38 loss to Navy.

• Southeast Missouri State defensive tackle Josh Price (St. Aloysius) started, but did not record a tackle, in a 17-10 win against Tennessee-Martin.