Longfellow, a lover of history and preservation, dies at 89 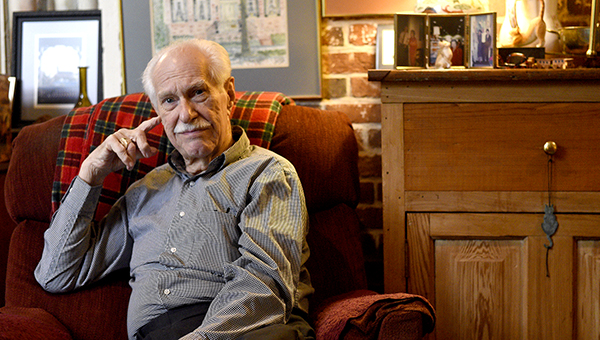 Born and raised in Portland, Ore., Longfellow graduated from Loyola University with a degree in economics, he also served in the U.S. Air Force and was a veteran of the Korean War.

Longfellow lived most of his life in New Orleans, where he was an entrepreneur and preservation enthusiast, restoring historic homes in Louisiana.

He moved to Vicksburg in 1983 and was instrumental in renovating the Martha Vick House, as well as another home on Grove Street with his partner David Dabney.

Longfellow and Dabney made the Martha Vick House a much-loved piece of Vicksburg history by hosting tours and private parties.

One of the more memorable parties the men hosted was their New Year’s Eve parties, one of which was featured in the Junior Auxiliary of Vicksburg’s Ambrosia cookbook.

For the last five years, Longfellow spent much of his time with close friend Dorothy Brasfield.

“Bill was the most kind, most considerate person you could find,” Brasfield said. “He cared for all the important things in life like church, people and family.”

Brasfield said Longfellow loved nature and “wanted everything to be right. He never said a cross word.”

Services for Longfellow will be held Friday at 3 p.m. at Church of the Holy Trinity, with Rev. Andy Andrews officiating.

Friends are invited to the Martha Vick House after the service for visitation and refreshments. Longfellow will be buried later in Portland, Ore. He will join four generations to be buried together at River View Cemetery with a view of the Willamette River and Mt. Hood.

Memorials may be made to the music department or the grounds and building fund at Church of the Holy Trinity.