One person injured in afternoon shooting 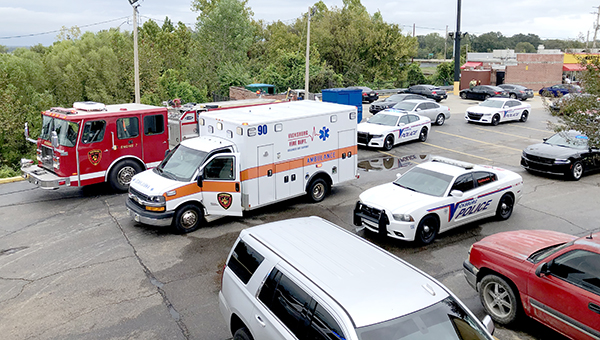 Law enforcement and medical teams were on the scene of a shooting Wednesday at Days Inn on Warrenton Road. One victim was shot in the neck. (Terri Cowart Frazier/The Vicksburg Post)

Authorities are continuing to investigate what happened in a Days Inn hotel room Wednesday afternoon that left one person shot in the neck and three others held for questioning.

At around 3:45 p.m., officers were dispatched to reports of a shooting at Days Inn, 90 Warrenton Road. Once there, they found a male victim with a gunshot wound to the neck.

The victim was transported to Merit Health River Region, where he was then transported by air to University of Mississippi Medical Center in Jackson. His condition was not known.

Three individuals are being held for questioning in connection to the shooting. The one woman and two men were taken into questioning following a traffic stop at the intersection of Washington Street and Morgan Lane.

At the scene of the shooting, a hotel room at Days Inn, investigators recovered an undisclosed amount of cash and marijuana.