Community mourns the loss of Wright 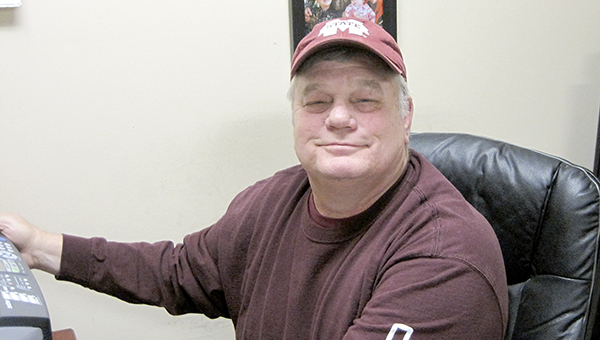 Friends and family members remember Leslie “Randy” Wright Sr. as a man who was well-liked by others and served the community in many ways.

Wright, owner of Goldie’s Trail Bar-b-que, died Sunday. He was 67.

“He will be sorely missed in this town, there’s no question about that,” Jamie Creel said. “He was a pioneer, as far as I’m concerned. He was just the ultimate giver; he gave to anybody and everybody.

A graduate of Cooper High School, Wright married Rhonda Thomas, his high school sweetheart. The couple was married for 49 years.

Wright took over Goldie’s from his uncle, Gola “Goldie” Marshall, the restaurant’s founder, in 1980 and made it into a successful business.

He also served as a volunteer coach and later a booster for youth sports and served as a longtime member of the Red Carpet Bowl Committee. He was an avid sportsman who enjoyed hunting and fishing.

“To know him was to love him,” his daughter Rebecca Wright Antwine said. “If you couldn’t love Randy Wright, you couldn’t love anybody. He would absolutely give you the shirt off his back. He was always there when people needed help.”

“He was very generous; he never told anybody no,” his son Randy Wright said. “He was a great guy, the best father in the world. He and I were close; we worked together at Goldie’s since 1993. We were side by side every day.”

Antwine said Wright loved his grandchildren and loved to watch them compete in sports.

“He was very proud of all four of his grandchildren,” she said. “The grandchildren called him poppy. He was known by different names, Big Randy, Randy, Pop, Pops; my brother called him Pop, I called him daddy.”

“I was very blessed to have him as my daddy,” she said. “He was always there for me. He always supported me, he was proud of me and he loved me unconditionally. He was proud of both of us. There wasn’t anything he wouldn’t have done for us.

“There’s never going to be another one like him. He was the best daddy and friend and husband and business owner. Everything that he was, he was the best at everything.”

“There’s no words to describe the loss; what he meant not only to the restaurant business but to the Red Carpet Bowl, the community, Goldie’s. He did so much for everybody that people will be feeling the impact for months and years to come,” Creel said.