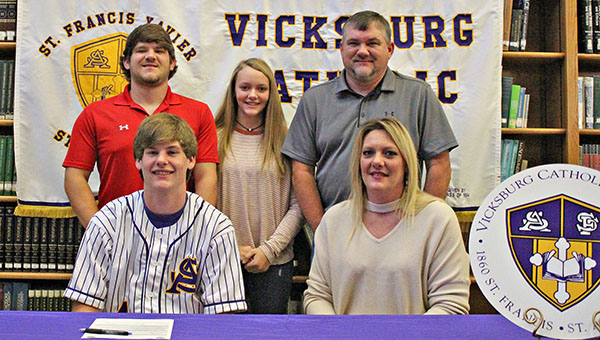 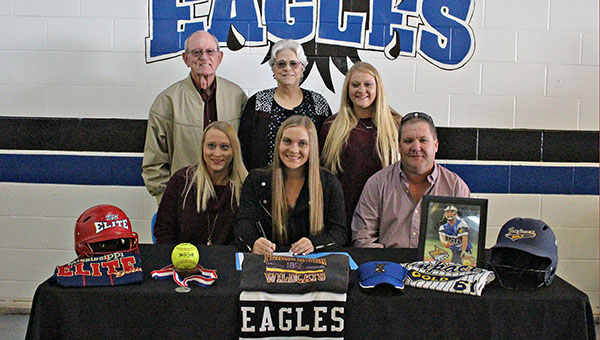 SIGNED WITH PEARL RIVER: Porter’s Chapel Academy softball player Hannah Embry signed with Pearl River Community College on Friday. Embry led the Lady Eagles to a second-place finish in the MAIS Class 2A state tournament this season and was selected to the Class 2A All-MAIS team. Seated alongside Embry in the front row are her parents Alicia and Lee Embry. Standing, from left, are her grandparents Chester and Katherine Day and sister Sabrina Embry. (Ernest Bowker/The Vicksburg Post) 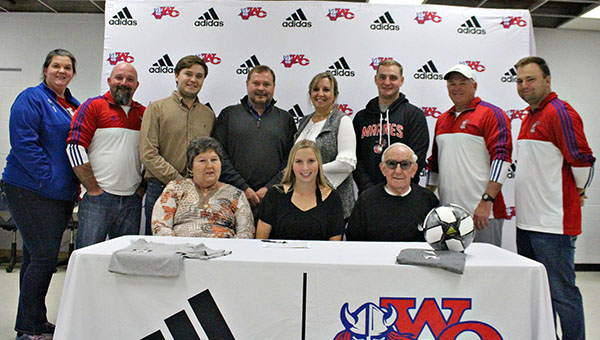 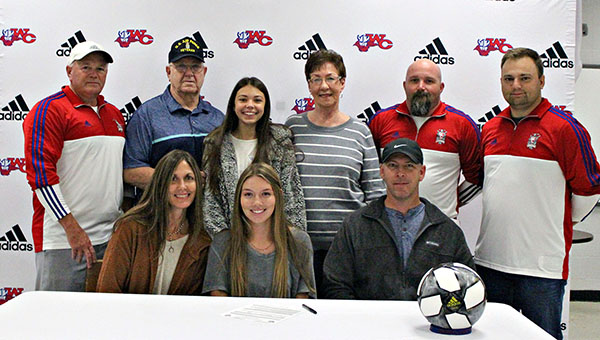 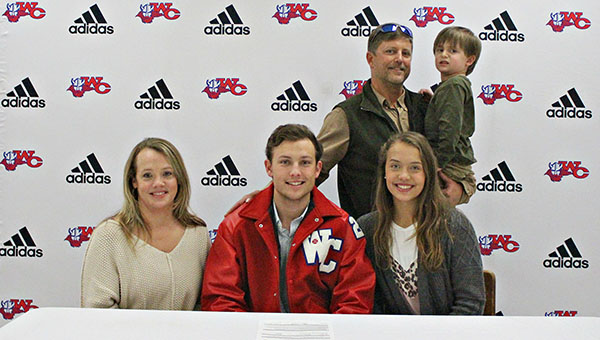 Five Warren County athletes signed with Mississippi junior colleges on Friday morning, the first day athletes in sports other than football were allowed to do so.

Luke is a three-sport star for St. Al. He is a starting lineman on the football team and the goal keeper for the two-time defending MAIS state championship soccer team. In baseball, he is a pitcher and infielder. On the mound, Luke went 3-4 with a 2.64 ERA and 33 strikeouts in 39 2/3 innings pitched last season.

Embry, a pitcher, led PCA to a runner-up finish in the MAIS Class 2A state tournament this season. She also was an MAIS all-star and was selected to the Class 2A All-MAIS team. She posted a 23-7 record in the pitcher’s circle, with a 0.95 ERA and 250 strikeouts in 161 2/3 innings pitched. She also led the Lady Eagles in hitting, with a .544 batting average, 14 doubles, five triples, 28 RBIs and 32 runs scored.

Kivett is a pitcher and infielder for Warren Central’s baseball team. An arm injury limited him to just six pitching appearances last season, but he continued to play as a designated hitter and finished with a .360 batting average, 10 RBIs and 22 runs scored in 25 games.

Watkins and Polk have helped Warren Central’s girls’ soccer team to a winning records each of the past two seasons. Watkins, a midfielder, had six goals and five assists last season, while the forward Polk led the Lady Vikes with 11 goals.

Polk has scored 87 goals in four varsity seasons, including three at St. Aloysius.