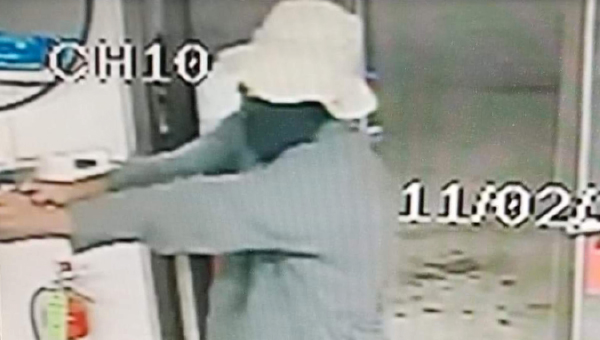 Vicksburg police have released this photo of a man wanted in the BG Junior armed robbery.

Vicksburg police are looking for a man wanted in connection with the reported Saturday morning armed robbery of the BG Junior convenience store, 4110 Clay St.

According to police reports, a man wearing a black mask covering his face entered the store as it was opening about 5:55 a.m. Saturday, displayed a handgun and ordered the clerk to give him money from the cash register. He took a small amount of money and left the store on foot running west on Clay Street.

The suspect is described as a black male wearing a gray sweatshirt, dark colored pants, red athletic shoes and a white hat. The case remains under investigation.