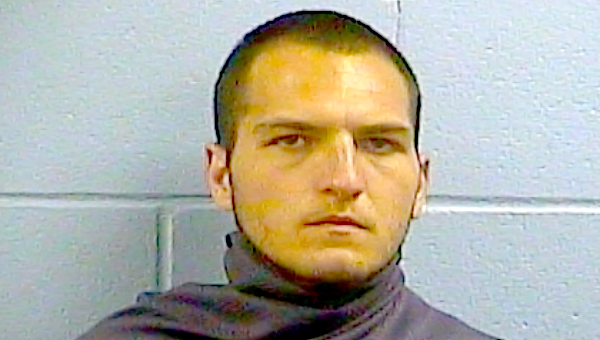 On Saturday, officers of the Vicksburg Police Department arrested Johnathan Christopher Hendricks, 25, of Delta, La. on one count of possession of methamphetamine.

Officers found the drugs during a search after Hendricks was stopped on a traffic stop for suspicion of DUI.

The stop happened at the intersection of Washington Street and North Frontage Road.

Hendricks appeared before Judge Penny Lawson in Vicksburg Municipal Court Monday and was bound over to the Warren County Grand Jury on a $10,000 bond.

• On Friday, officers responded to an address in the 300 block of Cain Ridge Road for an auto burglary. When they arrived, the complainant reported a tailgate, tires and a two-ton car jack had been taken from his truck.

• On Saturday, Vicksburg Police received a call for service from the 600 block of Redbone Road concerning an auto theft. The complainant stated that his 2005 Chevrolet Silverado 1500 had been stolen.

• On Sunday, officers responded to the area of Clay Street and Fifth North Street in reference to shots having been fired in the vicinity. When they arrived, the officers saw no signs of suspicious activity.

• On Sunday, officers responded to the report of an auto burglary at 3405 Pemberton Square Blvd. The complainant advised that someone broke into a 2013 Nissan.

• On Sunday, officers responded to the report of an auto burglary in the 1000 block of First East Street. The complainant advised that someone broke into a 2004 Toyota 4-Runner and stole a purse.