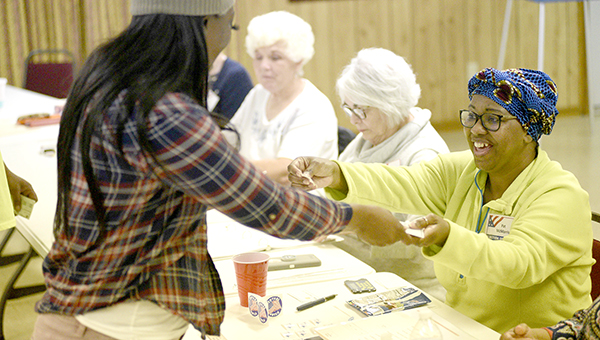 Voter concern might have been a big factor in the turnout for Warren County’s general election Tuesday, as more than 50 percent of the county’s registered voters cast ballots.

According to records from Circuit Clerk Jan Daigre’s office, 14,182 of the county’s 25,861 registered voters, or 54.84 percent went to the polls in the general election in which four new county supervisors were elected to office.

“I came out to vote today because of the way I was raised. As an African American, my mom has always taught me the importance of using my voice. A lot of people I guess don’t believe in the system but you can’t influence it unless you participate,” Ebony Gardner said after casting her votes at the polling location at Porter’s Chapel United Methodist Church. “I’m an educator and people don’t understand our local and state elections are really what drives everything in our state.”

Tuesday’s turnout exceeded the turnout in the 2015 election when 41.5 percent of the registered voters cast ballots. The turnout for the Aug. 6 primary was 32 percent, and 24.03 percent for the subsequent Aug. 27 District 3 runoff.

“I believe the biggest reason for the turnout was the races, especially the local races. People were really interested in voting for their candidate of choice,” said Sarah Dionne, Warren County Election Commission chairman.

Daigre said county election officials expect to certify the election Friday. Workers were in the process Wednesday of going through 257 affidavit ballots, “and we have one voter ID who forgot to bring their ID to the polls, but that person should be coming in today.”

She said the results cannot be certified until the ID ballot is cleared.

“It was an excellent turnout,” Dionne said. “That was certainly better than our primary election, and we were glad so many people were interested in participating in our democratic process.”