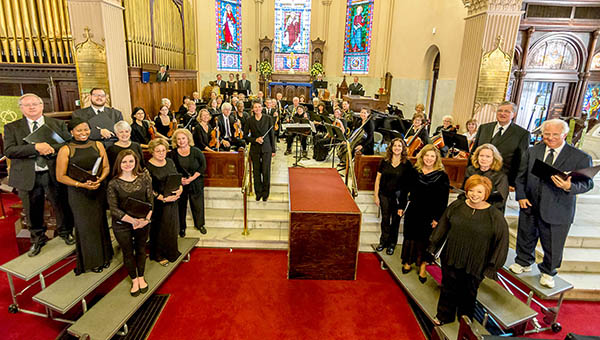 The Vicksburg Orchestral Society will present its fall concert Sunday to kickoff the 2019-2020 season.

The performance will begin at 4 p.m. at the Church of the Holy Trinity, 900 South St., and the concert is titled “Musical Monuments.”

Dr. Darcie Bishop, who is the principal trumpet player for the Mississippi Symphony Orchestra and who teaches trumpet lessons at the Conservatory for the Fine Arts will serve as conductor.

“The repertoire will focus on classical pieces,” VOS board member Deborah Felt said, with selections including a Mozart Overture and Haydn’s Symphony 100.

Vivaldi’s Concerto in A Minor will also be performed and will feature flautist Mary Claire Allison.

Allison, who has performed with the VOS since its inception, is a music teacher at Porter’s Chapel Academy and is employed at U.S. Army Engineer Research and Development Center.

The VOS is comprised of individuals of all ages, abilities and professions and there are no fees or dues to join the group.

“Some of our musicians play with the MSO and teach music,” Felt said, while others have excelled in careers other than music.

“The VOS allows them an outlet to follow their hobby,” she said.

Felt said there are also VOS members who are just starting out playing a musical instrument.

“These members welcome a chance to play for an audience,” Felt said.

The VOS performs three concerts annually and this marks the group’s 10th year.

All the concerts are free.

The second concert of the season will be performed on April 5 and the third will be held June 28.

All performances are scheduled at 4 p.m.

Warren County’s veterans will be honored Monday with a series of events commemorating Veterans Day. The day’s events begin with... read more