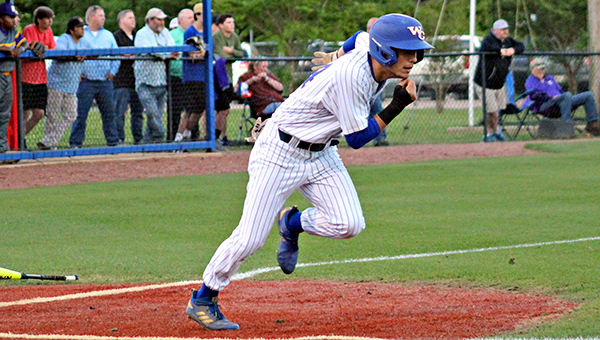 Sometimes players sign with a college because they like the facilities, or the coaches, or it just feels right.

All of those things played a role in Alan Kivett’s decision to sign with Northwest Mississippi Community College, but there was another that was a bit unusual.

“I had an arm injury, and their trainer has a guy who is going through the same surgery I went through. He’s good friends with my doctor, so he said this is where I should go,” said Kivett, a Warren Central baseball standout. “And the facilities are great, the field is great, and Coach (Mark) Carson is basically like (Warren Central coach Randy) Broome. It was a lot of things leading up to it that it felt like I should go there.”

Kivett signed with Northwest Mississippi last week on national signing day. He said he signed as both a pitcher and third baseman, but which position he winds up playing is still undecided.

Kivett went 3-3 with a 1.95 ERA and 48 strikeouts in 46 2/3 innings as a sophomore in 2018, but suffered an elbow injury early last season that limited him to six pitching appearances. He did not pitch in the final month of the season.

Kivett was able to bat, however, and hit .360 with 10 RBIs as the Vikings’ designated hitter. He finished the season with a five-game hitting streak.

“I just finished phase one and I’m about to start phase two next week,” Kivett said of the recovery from his injury. “Other than that, it’s a slow, gradual process. It’s getting better. I can tell the difference. The other day I did 90 percent for the first time and had a little pain in it, but the next day I did it and had no pain at all.”

Injury or not, Kivett will get the chance to play college baseball. Northwest Mississippi finished with a 33-14 record last season and reached the NJCAA Region 23 tournament.

Kivett said he was excited about getting the chance to play at the next level, and also at the thought of moving beyond that. Junior college players can sign with four-year schools after one or two years.

“If a D-I comes by that I’m interested in, of course that’s where I’ll probably go instead of juco. But juco is not a bad route because you can go to a four-year and sit two years, instead of going to a juco and you start right off the bat. Then after juco I could go to a D-I,” he said. “It’s amazing. I’m very excited. I’m ready to get up there and see what it’s like. It’s a new step in life. I thank God and my coaches for helping and pushing me along.”