South Panola runs away from Vikings in second half 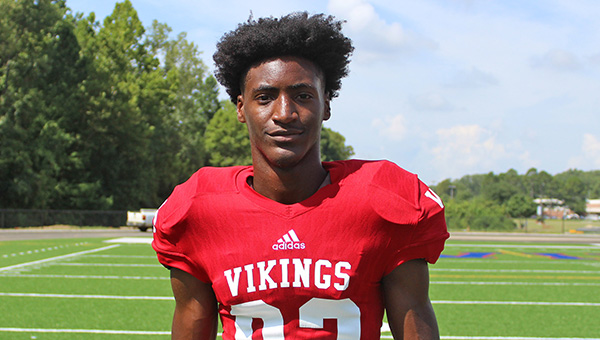 For the second week in a row, Warren Central went toe-to-toe with one of the best teams in the state in the first half.

And, for the second week in a row, the Vikings weren’t able to keep up in the second half.

Janari Dean ran for two touchdowns, and Tymdarreus Taylor returned a fumble 80 yards for a pivotal touchdown as No. 2 South Panola ran away from Warren Central in the second half to win 35-6 on Friday night.

South Panola scored 28 unanswered points in the second half, after going into halftime with a slim 7-6 lead.

Warren Central’s points came on two first-half field goals by Josh Griffin. That gave him 12 for the season, which tied a school record shared by Sam Thigpen (1985) and Paul Mlakar (1988). The Warren County record is 13, set by Vicksburg’s Tracy Tullos in 1992.

“It goes back to taking care of the football. You make your own breaks, and you can’t play like that and win,” Warren Central coach Josh Morgan said.

Oxford is ranked fourth in Class 6A in this week’s Mississippi Associated Press state poll. It will be the sixth time that Warren Central has played a team that has been ranked in the top five at some point in the season.

“It’s the beginning of a new season,” Morgan said. “It’s anybody’s ballgame and we’re fortunate enough to be a part of that part of the season. We’re trying to right our wrongs and we’re excited to be in the playoffs.”

The Vikings have shown they can hang with top-tier opponents, but have struggled to beat them. They led No. 1 Starkville 17-6 at halftime last week, but lost 50-24. On Friday they trailed No. 2 South Panola 7-6 and then allowed the game to get out of hand in the second half.

After quarterback Anterrio Draper scored on a 27-yard run to put the Tigers ahead 14-6, Warren Central drove inside the 10-yard line on its next possession. A chop block penalty moved them back to the 17-yard line, and two plays later quarterback Parker Kivett was hit and fumbled. Taylor, a junior defensive end, returned it 80 yards for a touchdown and a 21-6 lead to finally give South Panola some breathing room with 5:41 remaining.

Dean broke a 72-yard run midway through the fourth quarter and Martez Clark added a short touchdown run with 4:25 to go to pad the final score.

“We played well, tit-for-tat, still missed some opportunities in the first half. Then two really big things happened back-to-back,” Morgan said. “For a game that was so tight and where points were hard to come by, that 14-point swing was big. It’s just an awful time for such a play. It wasn’t deflating to us, because we went back and had another good drive. They just made a play.”