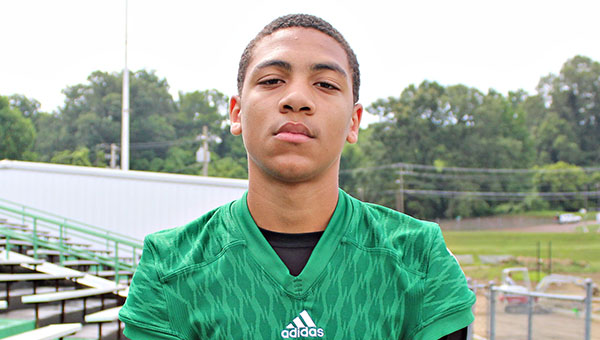 Vicksburg High’s soccer teams broke into the win column Saturday by sweeping Greenville in a pair of games at Memorial Stadium.

The boys’ team got a similarly balanced effort as five players scored goals in a 7-2 win over Greenville.

Vicksburg will next play on Friday, when it hosts Port Gibson. The girls’ game starts at 5:30 p.m. and the boys at 7.

Vikings win two
at Laurel Tournament
DeQuarian Buck scored three goals — all in the first half — to lead Warren Central’s boys’ soccer team to a 5-0 victory over Pass Christian in the Laurel Tournament on Saturday.

Buck scored in the fourth, 19th and 31st minutes to send the Vikings on their way. Parker Green and Barrington Barnes added goals in the second half.

Tony King had two assists and Jagger weekly one, and Ben Vroman made two saves to earn the shutout.

In their second game of the tournament, the Vikings pulled away in the second half to beat Poplarville 3-0.

Tony King scored two goals, in the 35th and 51st minute, and Birame Neligue netted another in the 58th. Kaden Taylor had one assist and Vroman made two saves for his second shutout of the day.
Warren Central will host Terry Tuesday at 7 p.m. at Viking Stadium.

Lady Vikes lose
two in tournament
The Warren Central Lady Vikes outshot both of their opponents Saturday at the Laurel Tournament, but wound up with nothing to show for it.

Warren Central held an 11-6 advantage in shots against George County, but couldn’t score and lost 1-0. Brooke Tanner scored for George County in the 50th minute for the game’s only goal.
Warren Central keeper Anna Hoben made four saves in the loss, while George County’s Kylie Dailey had three.

In game two of the tournament, the Lady Vikes again held a sizable offensive advantage but lost 2-1 to Gautier.

They outshot Gautier 14-7, but did not score after Madelyn Polk’s goal in the sixth minute of the game. Gautier surged in front with goals in the 10th and 15th minute, and then held on for the way.

Warren Central missed three penalty kicks in the second half, including two in a two-minute span. Gautier also missed a penalty kick early in the game.

Warren Central’s backup keeper, Alana Hearn, made three saves while playing all but the first four minutes of the match.

Warren Central will host Terry Tuesday at 5:30 p.m. and West Lincoln Saturday at 1:30 p.m. Both matches are at Viking Stadium.