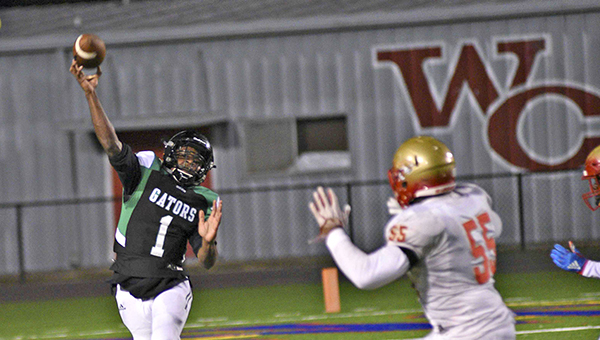 You’re in Four Down Territory. Each week we’ll highlight four notes, stats or trends from the weekend that was in Mississippi high school football, college football, and the NFL.

In terms of scheduling, Vicksburg High’s football season was an odd one to say the least. When the Gators had to relocate a game on the fly on Friday night, then, it was a fitting and poetic end to a two-month odyssey.

Vicksburg moved its season finale against Holmes County Central across town to Warren Central because of a power failure. It was the third game this season that the Gators have played in the home of their crosstown rival — the others were the Red Carpet Bowl and the annual matchup with Warren Central — and nearly matched the total of four that they played on their own field.

The Gators also played three Thursday games — two were moved up a day because of the threat of bad weather — and opened the season with three straight road games because of construction at Memorial Stadium.

“We had more games at Warren Central and the South Jackson field than we did at home,” Vicksburg coach Tim Hughes said with a laugh. “We spent the first three or four weeks practicing on different fields. But I’m not going to talk bad about any one situation. When you’re getting things built, you’re not always going to have a smooth ride.”

Even by the standards of this odd season, Friday’s situation was unique.

Ten minutes before kickoff, a Mylar balloon snagged on some power lines behind the home stands at Memorial Stadium and caused a transformer to burst into flames. The lights on that side of the stadium were knocked out, while those on the visitor’s side remained on.

Coaches and officials discussed the issue for 20 minutes under the soft lighting — possible solutions mentioned included both teams agreeing not to pass the football, playing the game on Saturday, or scrapping it altogether — before deciding to move it across town to Warren Central.

Warren Central was on the road Friday at South Panola. Since its game had already kicked off, its coaches were unaware that their stadium was being used until afterward.

Teams, bands and fans from Vicksburg and Holmes loaded into buses and cars for the six-mile trek across town, while an advance guard of administrators rushed over to unlock gates, turn on lights and make the stadium operational.

A process that normally takes a couple of hours was finished in less than one. The decision to move the game was made at 7:15, and kickoff was at approximately 8:15. That included a last-minute move of two soccer goals that had been put up at the back of the end zones at Viking Stadium.

“We were going to just leave them there, but the officials said we had to move them for safety,” Hughes said.

Because of the late start, the quarters were shortened to 10 minutes instead of 12 and halftime was reduced to 10 minutes as well. The game was meaningless in the standings, since Vicksburg had been eliminated from the playoffs and Holmes County Central was locked in as the No. 2 seed from Region 2-5A.

Hughes, however, said canceling the game was never an option. Vicksburg wound up winning, 28-27.

“Our principal and athletic director gave us that option, since it did not affect anything as far as the playoffs,” Hughes said. “We knew what we wanted. We wanted to get this played.”

Griffin now has 12 field goals this season, tying him with Sam Thigpen (1985) and Paul Mlakar (1988) for the school record, and second-best single-season total in Warren County history. St. Aloysius’ Blake Hudson also made 12 field goals in 2013. 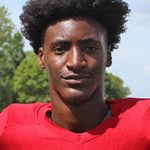 Vicksburg’s Tracy Tullos has the county record, with 13 in 1992.

Griffin is only the eighth kicker in Warren County history to reach double figures in a season. The Vikings open the MHSAA Class 6A playoffs this week at Oxford, giving him at least one more opportunity to break both records.

For nearly 50 years, ever since a couple of high-profile playoff losses in the late 1960s and early 1970s, the Dallas Cowboys’ navy blue road jerseys have been considered jinxed. The team rarely wears them when they have the choice at home.

That started to change in 2017, when the Cowboys announced they would play more in the navy blue jerseys. They’ll wear them eight times this season, including twice at home.

Based off recent results, though, there might be something to the jinx.

The Cowboys went 0-3 in the navy blues in 2018, and are 2-3 in them so far this year after Sunday night’s 28-24 loss to the Minnesota Vikings. The two wins were against the struggling Redskins and Giants.

According to Profootballtalk.com, the Cowboys are now 69-72-1 all-time in their navy blue jerseys.

The Cowboys are scheduled to wear the navy blues three more times in 2019 — next week at Detroit, Dec. 5 at Chicago, and Dec. 15 at home against the Los Angeles Rams.

4
Southern Miss beat UAB 37-2 on Saturday for the 600th victory in the program’s 103-year history, and to become bowl-eligible for the fifth consecutive season.

Southern Miss (6-3, 4-1 Conference USA) is one of six C-USA teams to have already reached the six wins required to play in a bowl game, and still has three games remaining.

Conference USA has five bowl tie-ins, plus two more with the Independence and Frisco Bowls if other conferences are unable to fill their spots. So Southern Miss still has some work to do to actually earn a bowl bid — it was snubbed last year with a 6-5 record — but head coach Jay Hopson still was proud to achieve eligibility.

“That’s something we take pride in,” Hopson said. “Certainly, we want to stay in the hunt with things in the conference and position ourselves as well as we can.”