With Warren County caught in the grip of cold weather, with freezing temperatures at night, many people in the area are resorting to different methods to heat their homes as a defense from the cold.

But failure to make sure these options are safe for use, or not taking the proper precautions to eliminate the potential hazards of using them, can result in tragedy.

“The difficult part of the fire department during these cold temperatures is sometimes we respond to emergencies where there were preventable fires,” Vicksburg Fire Chief Craig Danczyk said.

“I know sometimes people are caught unprepared for cold weather and sometimes they may resort to shortcuts and unsafe practices to stay warm,” he said. “Often time those habits can lead to a fire because sometimes it’s not a safe way to heat a home.”

In many cases, people resort to either natural or propane or electric space heaters, and sometimes fireplaces to warm those areas of home where they spend the most time.

If people use space heaters to heat their home, Danczyk said, the heaters need to be in an open area where they are not close anything.

If the heater is electric, do not use an extension cord to connect it to an outlet.

“I’ve seen people use a lot of extension cords to power a space heater,” he said. “We should refrain from that, because if you use extension cords, especially if they’re lightweight extension cords, they may not be rated to handle the voltage and the heat transfer on that device.”

He said he has seen extension cords catch fire from heat from the heater, drawing electricity.

“Extension cords are temporary devices,” Danczyk said, that are used mainly outdoors. They should not be used to power major appliances.

People also need to inspect the heaters to make sure they are in good condition. For an electric heater, that also means checking the power cord to make sure it is not frayed or damaged.

Kerosene heaters should not be used in a house. Also, do not use the oven as a heat source to heat the house.

Candle use should be limited.

“If somebody wants to light a candle so their home will smell good, that’s fine, but it should only be for a short time,” Danczyk said.

“When we’re sleeping or out of the home, we need to have no open flame like in the form of a candle; only bad things can occur when that happens, especially if pets or small children are involved,” he said. “A pet may knock the candle over, or a child out of curiosity may pick up the candle and burn themselves.”

If a fireplace is used, make sure the fireplace and chimney are inspected before use, and keep a screen across the opening to prevent embers from escaping.

Danczyk said there are alternatives from burning wood in a fireplace like gas logs and electric heaters that give off heat and show the image of a flame.

If people want to burn wood in the fireplace, they need to burn hardwoods like oak.

Also, people need to make sure smoke alarms are working. 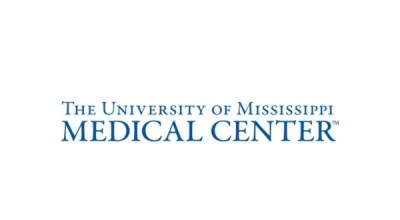