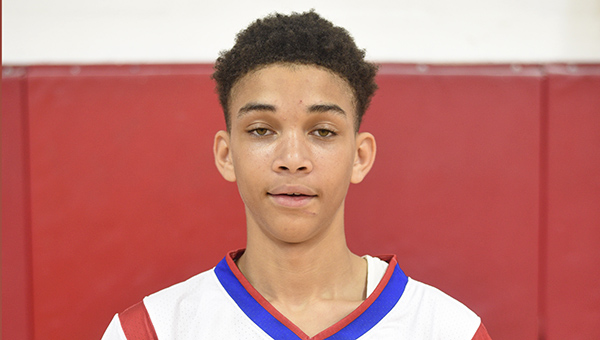 Warren Central basketball player Del'Jayvien (DJ) Harried scored 11 points and went 6-for-6 from the foul line in the fourth quarter to help the Vikings beat Ridgeland 54-51 on Tuesday.

Warren Central used a balanced scoring effort and some sharp free throw shooting down the stretch to get back into the win column on Tuesday.

The Vikings made 13 of 14 free throws in the fourth quarter, and scored their last 10 points from the line as they beat Ridgeland 54-51 to snap a brief two-game losing streak.

Harried and Lumpkin were a combined 10-for-10 from the foul line in the fourth quarter. Ridgeland used a 7-0 run to pull within one point, 47-46, before the Vikings closed it out from the free throw line.

Warren Central finished the game 18-for-22 from the free throw line.

Warren Central will host Germantown on Thursday night. The girls’ game begins at 6 p.m. and the boys at 7:30.

(B) St. Al 51, Cathedral 41
Markeese Wilson and Isaiah Thomas scored 14 points apiece, Trinye Brown added 11, and St. Aloysius locked down Cathedral in the second half to beat its Catholic school rival for the fifth consecutive time, and eighth time in 11 meetings since 2014.

St. Al held Cathedral to only 13 points in the second half, after trailing 28-26 at halftime. Thomas, Brown, Wilson and Mike Robinson each scored at least four points in the third quarter as the Flashes turned a two-point deficit into an eight-point lead.

St. Al will next play on Nov. 19, at home against East Rankin Academy.

(G) Cathedral 49, St. Aloysius 37
Lauren Dunbar went 8-for-8 from the foul line in the fourth quarter and finished with a game-high 14 points as Cathedral beat St. Aloysius in the girls’ game Tuesday night.

Cate Drane hit two 3-pointers and scored eight of her 11 points in the second quarter to help Cathedral take a 27-12 lead into halftime.

St. Al rallied to score 18 points in the fourth quarter — it had 19 through the first three quarters — but Cathedral matched the surge and held on.

Marissa Jabour led St. Al with 14 points and Taylor Chewning scored seven. Jabour was 10-for-14 from the free throw line, and made seven free throws in the fourth quarter.

Cathedral has won seven consecutive games against the Lady Flashes.