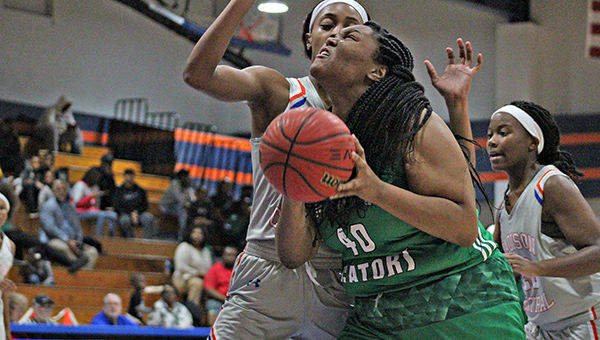 MADISON — At the beginning of the season, Vicksburg High boys basketball coach Kelvin Carter warned his team that there would be plenty of close games and thrilling finishes this season.

So far, no one can call him a liar.

Senior point guard Cameron Butler drained a 3-pointer at the buzzer to cap a comeback from 11 points down, and give the Gators a 61-58 victory over Madison Central on Tuesday. It was their third consecutive win to start the season, and second in a row by three points or less.

“I keep telling these guys that all our games are going to be like this. We’re not going to blow anybody out,” Carter said. “To come back and win a close game this way makes you battle tested.”

Butler led the Gators with 14 points. He made four 3-pointers, including the game-winner, and scored nine points in the second half. Butler has scored in double figures in all three games this season. 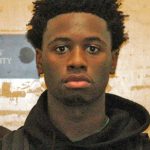 Peytin Jackson added 13 points, six assists and five rebounds for Vicksburg (3-0), while Taylon Smith scored 12 points on four 3-pointers. As a team, the Gators were 9-for-17 from 3-point range.

“I can’t take all the credit for it, because Taylon Smith brought us back. He hit two big 3s to get us back in the game,” Butler said. “We got in foul trouble the first half and we were down. And then we weren’t rotating on defense at all. At halftime, Coach Carter brought us together and we were fired up the second half. Defense pumped up our offense.”

The sharp outside shooting helped the Gators rally from a 38-27 deficit at halftime. Jackson had several steals down the stretch that led to baskets as the Gators outscored Madison Central 18-8 in the fourth quarter.

“We caused some turnovers, and when we cut it to four I knew we had it,” Carter said. “Peytin Jackson had three or four steals that pushed us. He didn’t score off them, but he assisted baskets.”

Tuesday’s game was the first of three on the road this week for Vicksburg, and four in a five-game span. It will go to Holmes County Central on Thursday, and Cleveland Central on Saturday. After a home game against Mendenhall next Tuesday, it finishes November with a trip to Brandon on Nov. 21.

“It sure would be nice to go up (to Holmes) and complete this road trip 4-0,” Carter said with a smile.

(G) Madison Central 53, VHS 50
As the final seconds were ticking off the clock, Vicksburg’s Destiny Sims knocked the ball away from a Madison Central player for what looked like a desperately needed steal. Sims broke after the ball, slipped, and helplessly flailed her arms as the ball rolled out of reach and was scooped up by Madison’s Jamiyah Cotton.

It was that sort of night for the Missy Gators — no breaks when they needed them, and bad ones when they got them.

Madison Central outscored Vicksburg 18-8 over the last 4 ½ minutes and made 12 of 14 free throws in the fourth quarter to rally and hand the Missy Gators their first loss of the season, 53-50 on Tuesday night.

Vicksburg took the lead in the first quarter and held it until Madison Central started its comeback midway through the fourth quarter. Ransom hit two free throws with 2:46 remaining to cap a 9-0 run and put the Lady Jags ahead 44-42.

The teams traded the lead for the next minute, and then things went south for the Missy Gators.

With Madison holding a 48-46 lead, Sims came up with a steal near halfcourt. She streaked down the floor on a fast break, but was called for an offensive foul under the basket as she shot.

Stewart’s biggest postgame frustration stemmed from that call, not anything his players did.

“My girls did not play bad enough to lose that game. We were supposed to win that game,” Stewart said. “Madison played a great game. They worked hard. It had nothing to do with them. That was clearly a tie ballgame, with a foul, and the game was over at that point. Instead he calls a charging foul on a girl that chased a player down. How? How is it a charging foul?

“We missed shots at the free throw line, they missed a few at the free throw line. We had 10 fouls, they had 10 fouls,” Stewart added. “When it comes to a judgment call, you don’t make the judgment that robs children of the game. These girls worked entirely too hard to play the game. If anything, it’s a tie ballgame. Don’t make the call, if anything.”

Sims made two more free throws with 20 seconds left, but a combination of turnovers, missed opportunities and sharp free throw shooting by Madison Central kept the Missy Gators from regaining the lead. Madison made 10 straight free throws during its game-ending surge.