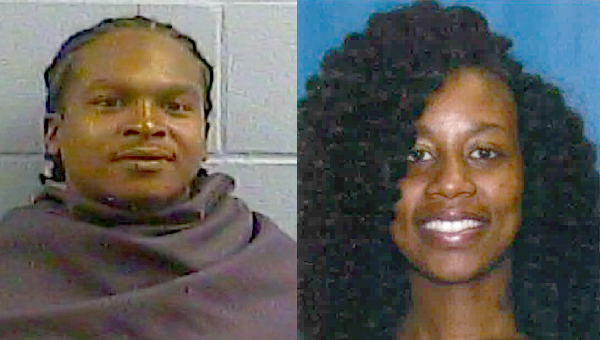 Carlos Maurice Harris, left, has been arrested in connection to the August 2018 murder of Jasmine Nicole Adams.

Investigators with the Vicksburg Police Department have made an arrest in the August 2018 murder of Jasmine Nicole Adams.

Thursday, the department announced they had arrested her former live-in boyfriend in connection to the murder.

Lt. Johnnie Edwards, with the Vicksburg Police Department, said Carlos Maurice Harris, 28, 214 Greenbriar St., faces charges of first-degree murder, possession of a weapon by a convicted felon and possession of marijuana with intent to distribute. He was arrested on warrants Thursday morning in the 400 block of Lake Hill Drive.

He is being held without bail in the Madison County Jail pending an initial appearance Friday at 10 a.m. in Vicksburg Municipal Court.

“The Vicksburg Police Department has been focusing on the unsolved homicides since the mayor restructured the department,” Edwards said. “Several investigators were assigned to review all the evidence in this case, which ultimately lead to Harris’s arrest.”