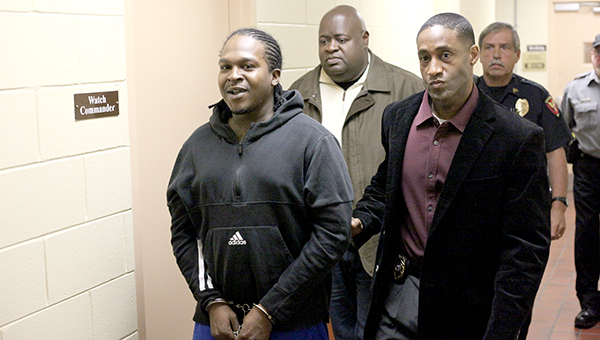 Bond has been set at $2.25 million for a Vicksburg man accused in the Aug. 2018 shooting death of Jasmine Nicole Adams, his live-in girlfriend.

Municipal Judge Angela Carpenter set the bond for Carlos Maurice Harris, 28, 214 Greenbriar St., at an initial appearance Friday in Municipal Court. Harris is charged with first-degree murder, possession of a weapon by a convicted felon and two counts of possession of marijuana with intent to distribute.

He was arrested on warrants Thursday morning at an apartment at 450 Lake Hill Drive.

His girlfriend, Jakhala Dasia Williams, 23, 450 Lake Hill Drive, is charged with possession of marijuana with intent to distribute after officers saw the drug while serving the warrant. She is being held in the Warren County Jail in lieu of $30,000 bond.

Lt. Johnnie Edwards, with the Vicksburg Police Department, said police have issued a warrant for Kevin Phillips, 29, 226 High Hill Drive, accusing him as an accessory after the fact to Adams’ murder.

At the time, officials with the Vicksburg Police Department believed there may have been two shooters involved. Police arrested Conti Lashun Tillis, 26, on a charge of murder in connection with the death.

The bond for Tillis was set at $1 million by Municipal Judge Penny Lawson. He was transferred to the custody of the Mississippi Department of Corrections, according to Warren County Jail records.