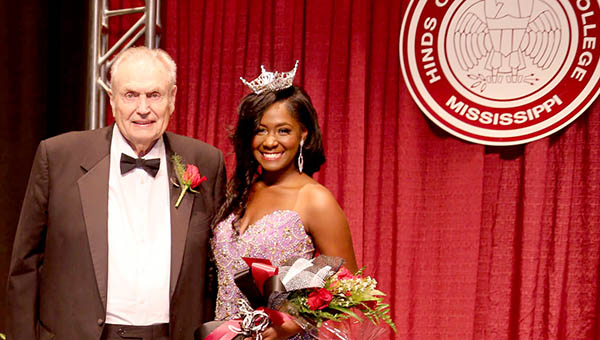 RAYMOND — Charity Lockridge, 22, of Vicksburg will get another opportunity to represent Hinds Community College in the Miss Mississippi pageant in June after winning the college pageant for the second time.

Lockridge, a dental assisting student at Jackson Campus-Nursing/Allied Health Center, was first chosen Miss Hinds Community College 2018 in November 2017. She competed in the Miss Mississippi pageant in June 2018 and tied for first in the talent competition.

She won Miss Hinds Community College 2020 on Nov. 14. Her talent was a vocal performance of “Via Dolorosa” and her platform is Operation Smile, which is a campaign to increase the oral hygiene of children.

First runner-up in the Miss Hinds Community College pageant was Aarionna Dumas, 20, of Columbus, who also won Homecoming queen in October 2019. She is a sophomore on the Raymond Campus and wants to become a pediatric nurse. Her talent was a dance called “Animal” performed while wearing a tiger suit.

Second runner-up was Raven Hayes, 19, of Byram. Hayes is a sophomore music major on the Raymond Campus. Her talent was a vocal performance of “Lasciatemi morire,” a Canto from the opera “Ariana.”

Rural Mississippi is more valuable than ever